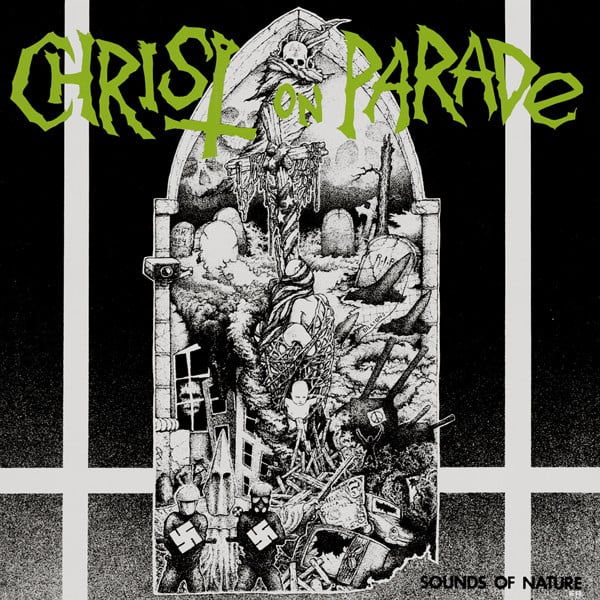 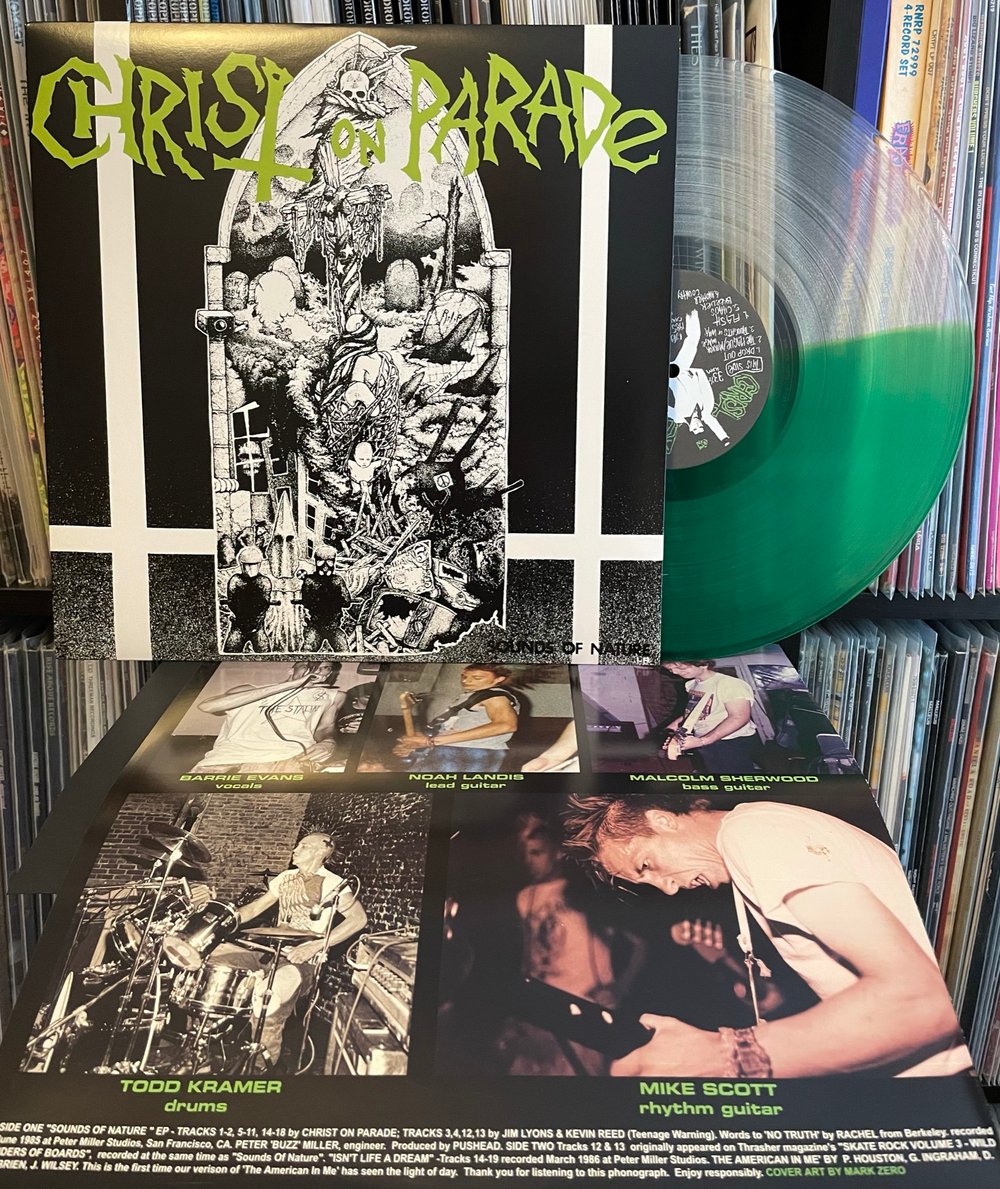 Originally released on Pusmort by Pushead, COP is Bay Area political punk that is still held in high regard by Dropdead. Well written heartfelt and powerful hardcore punk that compiles the 12" plus some awesome extras!

Classic East Bay Hardcore delivered in a whirlwind of Speed and Anger, with blunt political Punk lyrics, This is a re-issue of CHRIST ON PARADE's earliest material that has been out of print for nearly two decades - the original "Sounds Of Nature" 12" from 1985 on one side, then tracks from THRASHER magazine's Skaterock, Vol.3 Compilation, The original, unreleased version of the "Isn't Life A Dream" 7" and an Unreleased AVENGERS cover on the flip. The packaging of the LP closely replicates the original "Sounds Of Nature" EP on Pusmort Records with a large 11x22" insert of the orginal inner sleeve, complete lyrics and full color photos. Members of CHRIST ON PARADE went on to play in NEUROSIS, BLISTER, ECONOCHRIST and more.