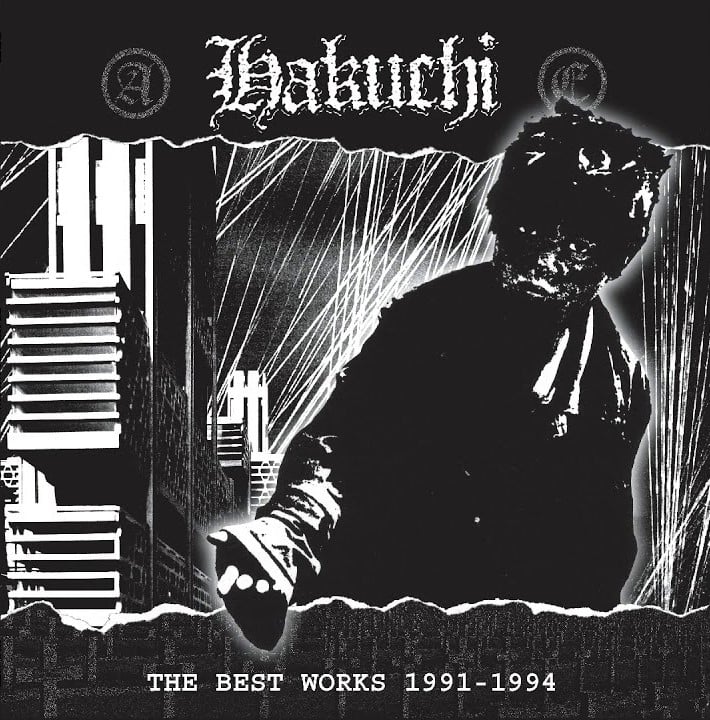 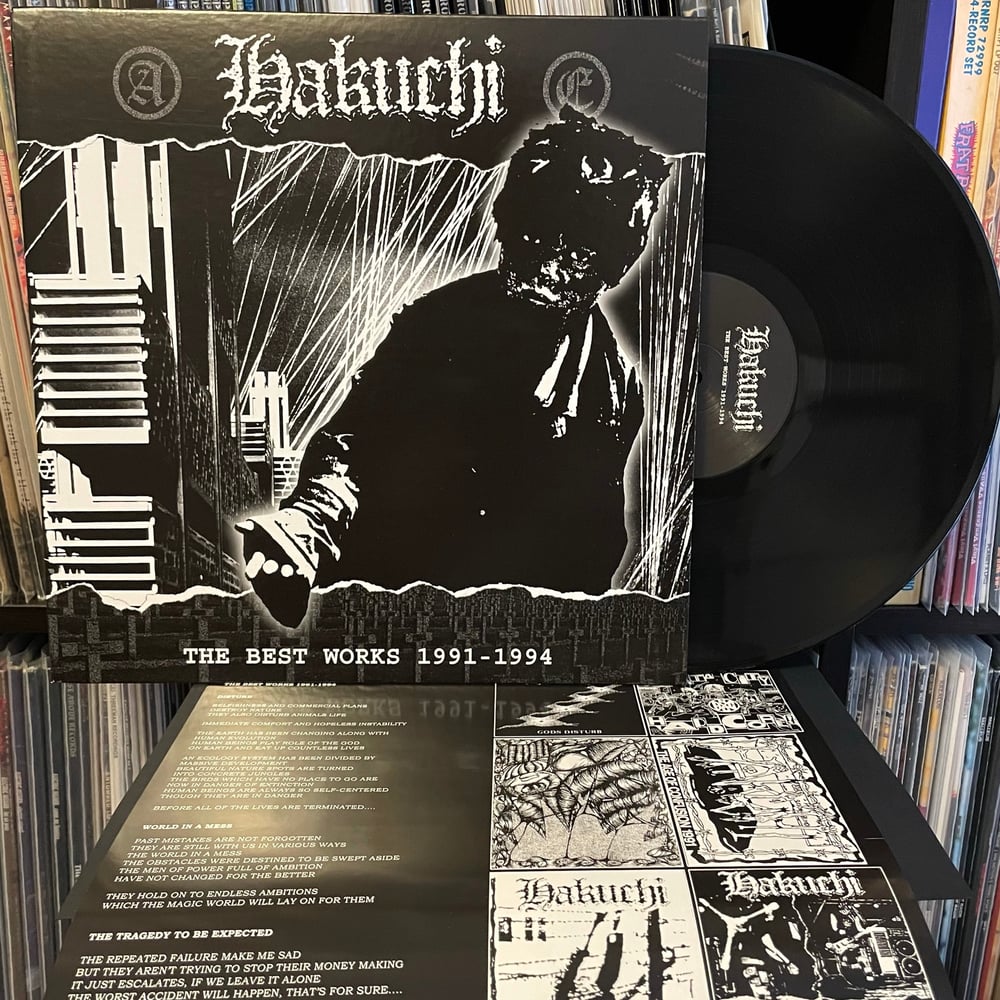 Japan's Hakuchi getting the long awaited vinyl treatment they deserve! Hakuchi spanned 1991-1994 releasing several demos, two EP's and a handful of compilation tracks. All of this is documented on this well done discography..
Channeling classic Japanese hardcore with their own unique crust punk style that peaked with their 1993 EP "God's Disturb" released by Overthrow Records.
You can hear the influences of to Amebix and Extreme Noise Terror, but there are other unique elements that surface where you can hear them blazing their own way. A great document start to finish!