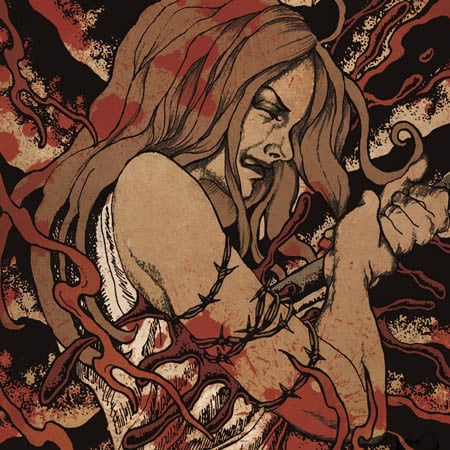 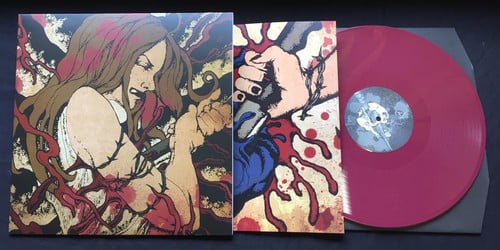 This version is the Break The Records exclusive blood red color of vinyl that was limited to 250 copies and available exclusively from Japan.

Hailing from Tokyo, Japan – SELF DECONSTRUCTION describe themselves as “free-style Grindcore / PowerViolence“. Think of a brutally insane tornado of tempo-changes, suicidal blast beats at outrageous speed and schizophrenic riffing, all topped by the vitriolic screams of the female frontman Kubine. In short: sick as fuck! “Wounds” is their 2016’s album that originally came out on CD only in Japan, released by Break The Records. It consists of 23 bursts of sickness rarely lasting over 1 minute, most of them knocking you down in a few seconds!! To support the band’s first European crusade and above all their appearance at the Obscene Extreme Fest 2018, F.O.A.D. Records and Break The Records join forces to make this brain-stabbing piece of violence finally available on vinyl in a deluxe version including a full colored insert with the original art. Japanese customers get the exclusive blood red version ltd to 250.