BASTARD NOISE & MERZBOW "Retribution By All Other Creatures" 2LP 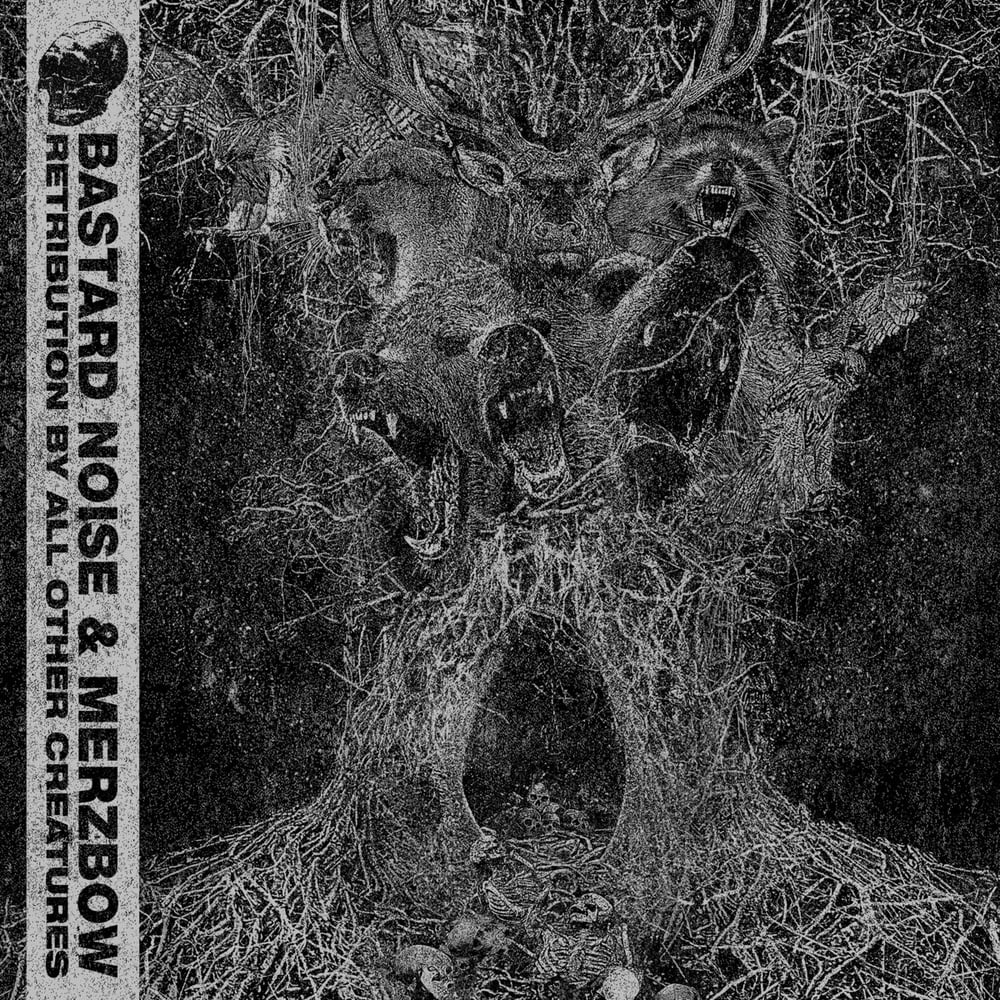 BASTARD NOISE & MERZBOW "Retribution By All Other Creatures" 2LP

The experimental legends BASTARD NOISE and MERZBOW present their new collaborative album, RETRIBUTION BY ALL OTHER CREATURES. A lashing out against man-made institutions that perpetuate animal cruelty, every second of BASTARD NOISE's contribution to this collaboration is simply put - pitch-black, palpable fury. Elsewhere, the iconic MERZBOW's influence creeps in with a two part concept - the ZooNOsISE tracks, firing off MERZBOW's calling card - grainy, unsettling distortion that builds and builds, set against wretched technological wailing and alarming constants.

The record's intent is both a call to action, and a foreboding signal of end times. "Stand up against any form of animal abuse you witness at all cost," BASTARD NOISE mastermind Eric Wood writes in his liner notes. "Be part of positive, compassionate change and spit on the grave of the status quo." MERZBOW/Masami Akita's message is simple, but hits hard - "TIME IS RUNNING OUT. NOISE IS MUSIC"