BONELESS ONES "Skate For The Devil" LP 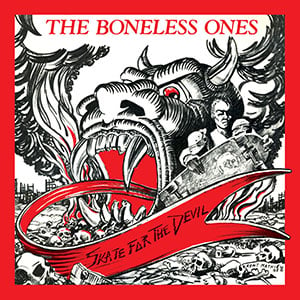 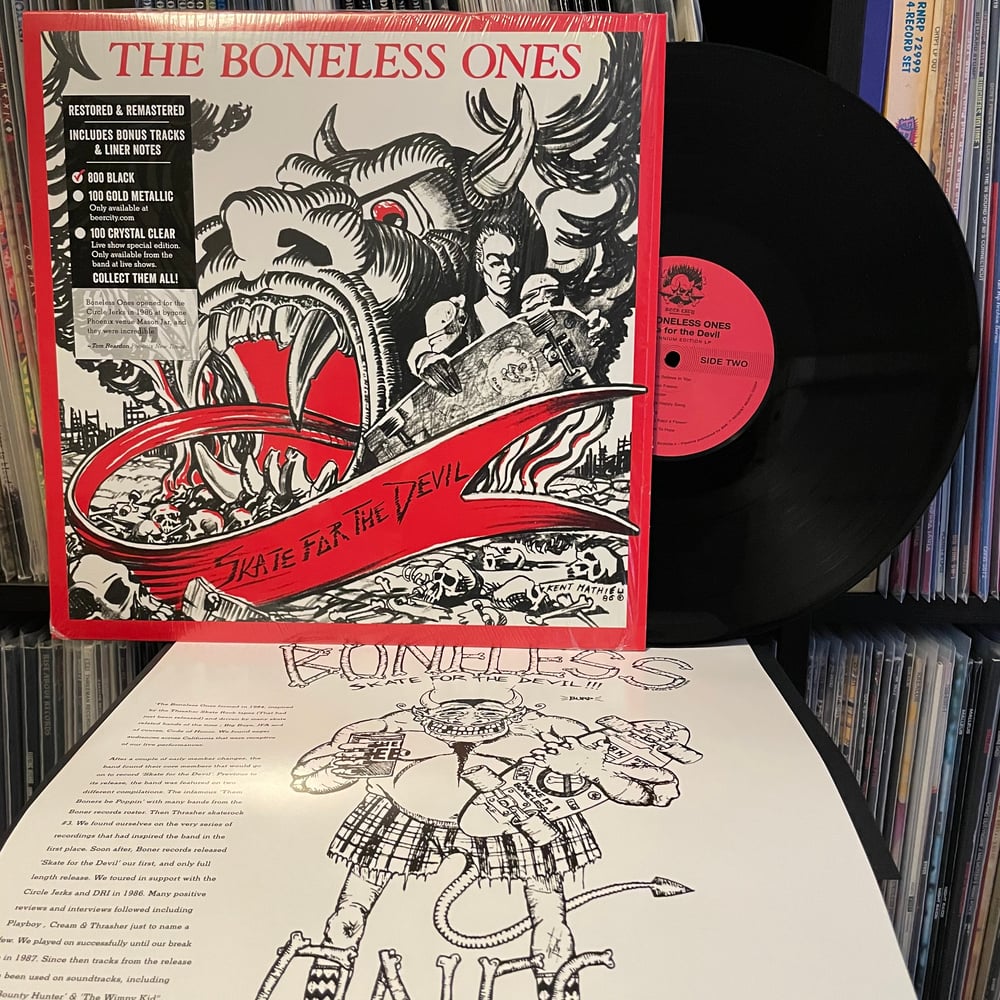 BONELESS ONES "Skate For The Devil" LP

"Growing up in Southern California, doing freestyle BMX and skateboarding everywhere - hardcore, punk and metal all provided the soundtrack to the sessions. THE BONELESS ONES was one of those bands, and the album still rips and I listen to it regularly. Makes me want to skate again." - Ben/Dropdead

The Boneless Ones "Skate For The Devil" LP is back on vinyl for the first time since its initial press in 1986.

The Boneless Ones formed in 1984, inspired by the Thrasher Skate Rock tapes that had just been released and inspired by many skate related bands of the time: BIG BOYS, JFA and of course, CODE OF HONOR. After two years playing countless shows across California, "Skate For The Devil" was recorded and unleashed to the masses! It was quickly eaten up by not only skateboarders, punks and metalheads, but it also gained widespread visibility in Thrasher who backed these guys from the start.

The album been completely restored and remastered, it contain liner notes from the band and contains two bonus tracks: the classic "Keg Kept a Flowin" from their appearance on Thrasher''s "Skate Rock Volume 3: Wild Riders Of Boards" and "Love to Hate" which have both also been restored and remastered for enhanced audio brilliance.
This is the perfect soundtrack to any ripping skate session or party!