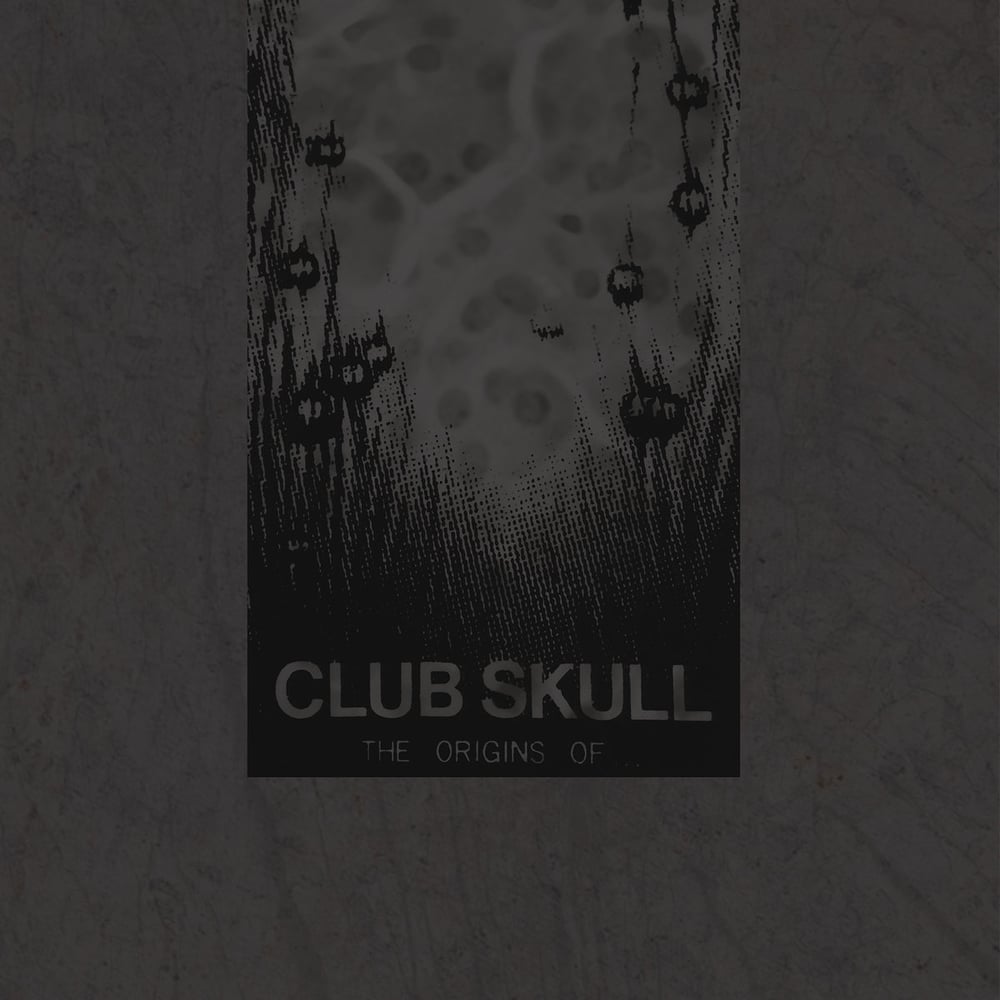 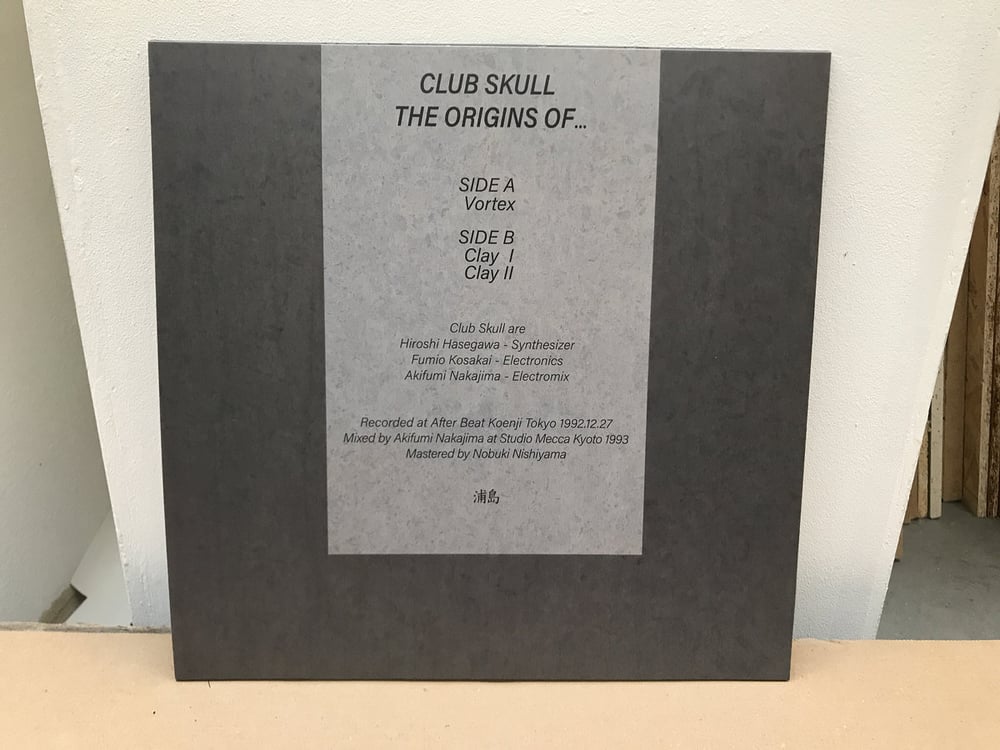 Transcending time and the odds, not only is Club Skull’s first ever vinyl pressing of The Origins of ... a revelation on monumental terms, but it’s an absolute joy in listening. Impossible to recommend enough. Released in a deluxe vinyl LP limited to 199 copies, it faithfully reproduces the original artwork thanks to the notes and drawings of Akifumi Nakajima; it’s bound to be one of the most celebrated reissues of the year. Don’t sleep, this one is going to fly..

Akifumi Nakajima was probably best known for his work under the name Aube, which was one of the more prolific and most interesting noise acts from Japan. He had an impeccable and marvelous sense of design and appreciation for the materials, taking packaging beyond just using regular old paper with his wonderful and unique label G.R.O.S.S., dedicated to releasing experimental music and noise, in addition to his own recordings as Aube. Hiroshi Hasegawa formed the Japanese noise act C.C.C.C. in 1989 ,and own label Endorphine Factory, that sprangs from Japanese noise scene, during what can be considered the "golden age of noise". He also behind solo projects Mortal Vision and Astro pointing to synthetic vortexes and psychedelic ejections. Fumio Kosakai is among the founding members of C.C.C.C., also an occasional member of Hijokaidan, and a permanent member of the largest noise duo Incapacitants with Toshiji Mikawa, one of the most significant noise outfits to emerge from the groundbreaking Japanese scene in the 1980s, and still one of the most radical and powerful.
Club Skull is the creative juncture between these three brilliant minds that has produced unceasingly exciting lands of sound. Not only has it fizzed below aspects of noise music, but great swaths of ambient and experimental music, synthesizer, and tape culture. Covering a vast amount of territories within its remarkable cohesiveness - from glacial passages, brooding beats and shifting long-tones that paint images of a darkened world, to long stretches of playful tribalism and repetitive minimal synths and rhythms - The Origins of ... emerges from the shadows of history to reveal a missing link between ambient and quite music, and the electronic and noise act, created by one of the great unsung visionaries to have emerged from Japan during the early 1990s. The actual makeup of the album places it as an entirely free-standing gesture, almost unlike anything else of its time and place; too delicate to be industrial, too quiet to be noise, too nonconcrete to be ambient, and too melodic to be pure electronics.
These three formidable actors of the Japanese noise scene, gather together in the studio at After Beat in Tokyo on 1992 to record the first (and only)session. Mixed at Studio Mecca and released by Akifumi Nakajima on own label in 1993 on exquisite and marvelous tape with the enigmatic title The Origins Of… . Released on vinyl for the first time thirty years after its studio session, this official reissue was restored and remastered from original DAT master thanks to precious work by Nobuki Nishiyama.