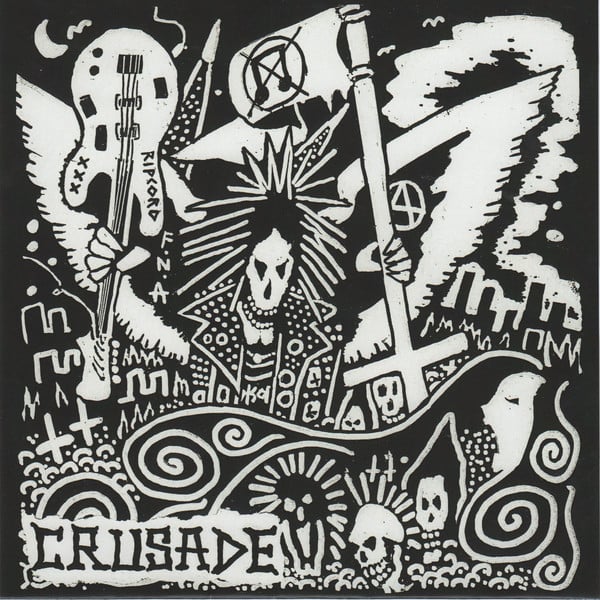 Born in Osaka in 1992 at the very dawn of the noise crust scene this all-female band smashed out 2 demo tapes before imploding after the death of their singer in 1993. Before their dissolution they had already started getting attention in the international tape trading scene reaching the pages of Japankore zine back then, and even having an offer from Slap-a-Ham Records to release a 7". Live document of a show from 1993. cover by Jacky Crust War (Gloom / Framtid) Ltd to 228 copies with a black on white cover