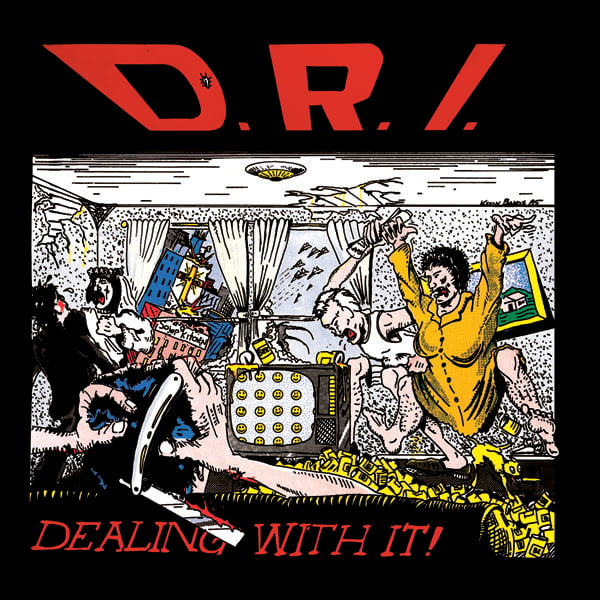 Two years prior to the groundbreaking release of Dealing With it, D.R.I. was known in their home turf of Texas as a hardcore, left of center, politically driven band, who then relocated to the Bay Area music bed often referred to as the "vat" scene (due to the lack of practice space, bands would often rehearse in empty beer vat warehouses). Verbal Abuse, Sick Pleasure, and the Dicks also rose up from the same ranks. Dealing With it will forever stand as one of D.R.I.'s most compelling records. A new hardcore/thrash metal hybrid, it reinvented the wheel by combining the blazing hardcore, humor and politics of their debut with a speed and trash metal influence. Embraced by skaters, punkers, and thrashers alike, ultra-fast songs like "Mad Man" and "Couch Slouch effortlessly alternate with the longer style of "Nursing Home Blues" and the monstrous "I Don't Need Society." The latter, featuring the classic lyrics "Your number's up, you have to go, the system says I told you so, stocked in a plane like a truckload of cattle, thousands of us sent off to die, never really knowing why" culminating with the ever relevant "fuck this system, it can't have me, I don't need society."