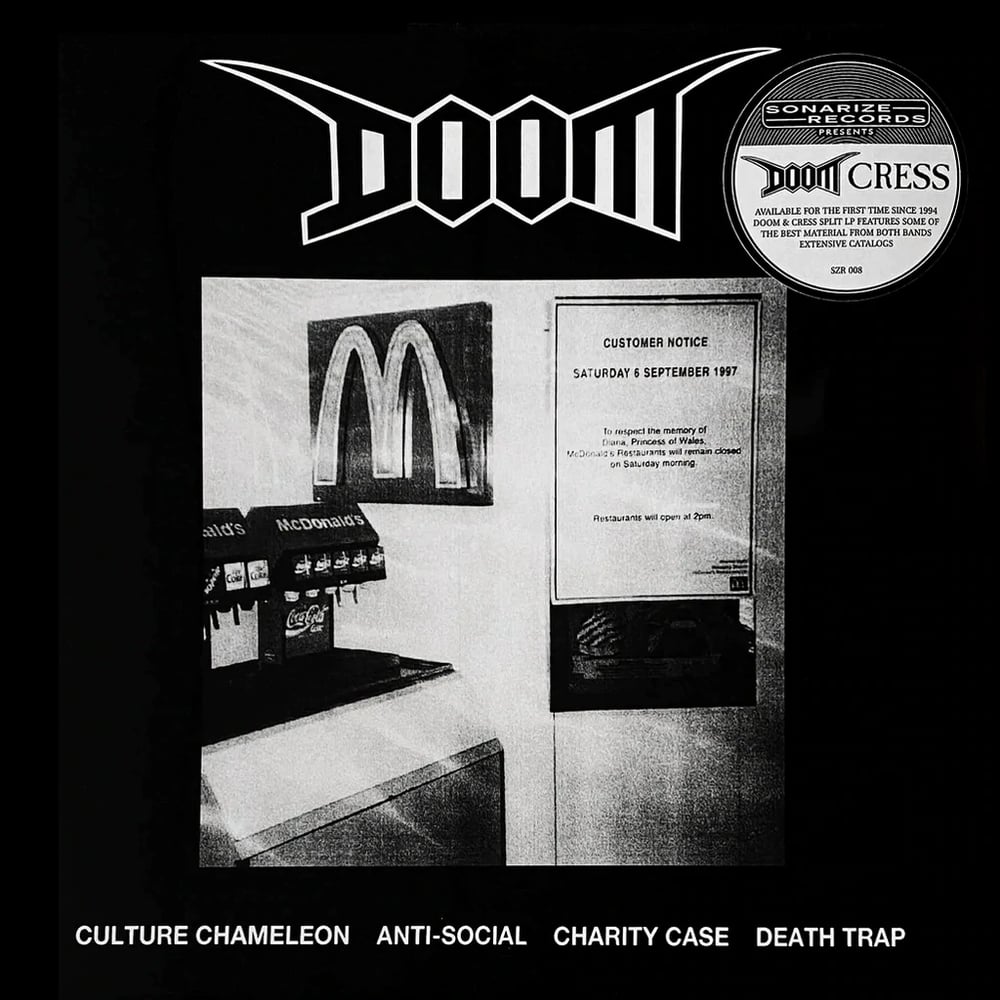 Essential reissue of their 2004 split!!

Euro Import, LP on heavy black vinyl housed in a heavy board sleeve..

Originally released as a 10" in 1998 by the great Flat Earth Records, the Doom/Cress split was a popular release between two of crust punk's biggest names. The late '90s was probably the absolute height of this genre and releases like this defined the sound and style. Since its initial release, it's been out of print and become a somewhat sought out item. I think most people are familiar with Doom, but Cress, featuring members of the 1980s anarcho band Deformed, are less known. But they play crust as well and this material holds up. This is a nice reissue that puts the 10" on LP format and a nice trip back to a better(???) and simpler time.

Available for the first time since 1994. The Doom and Cress split full-length features some of the best material from both bands extensive catalogs.