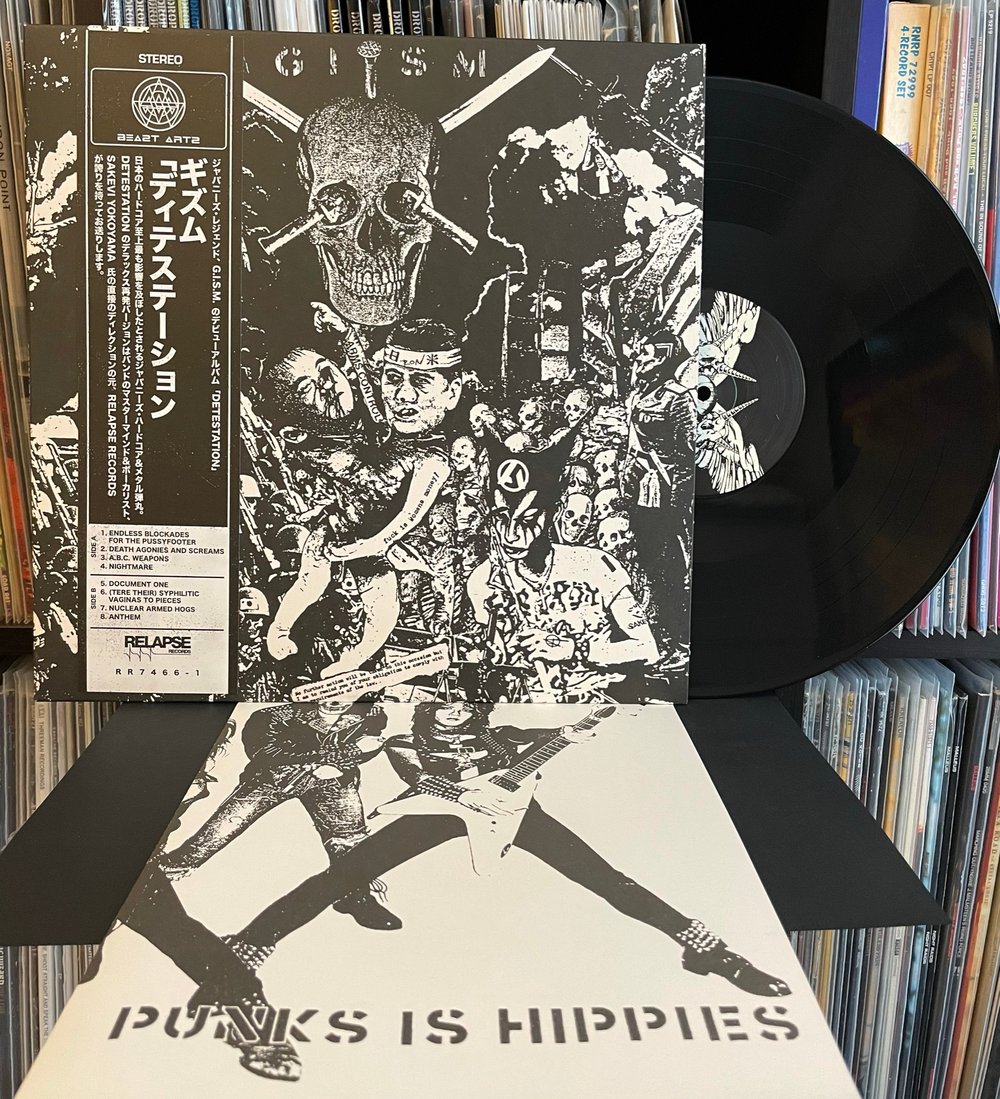 The first ever fully-authorized reissue of GISM's landmark debut LP, Detestation. Originally released in 1983, Detestation has since remained one of the most innovative, bewildering, extreme, and wildly influential albums in the punk and metal canon. To say Destestation was ahead of its time would be a huge understatement, it incorporated elements from so many genres: hardcore, punk, heavy metal, glam, thrash, industrial, and experimental. It was almost as if listeners didn’t know what to do with the record’s music but gravitated to it nonetheless as they recognized it was something unique and special.

Maximum Rocknroll’s Jay Bentley’s 1984 review of Detestation made that sentiment clear, describing the record as "Churning Metal- punk, or perhaps even speed-metal, depending on where you draw the distinction. GISM are undoubtedly a heavy metal band who've been heavily influenced by hardcore, but the music is so intense and the vocals so ominous that even I'm in a state of shock. These guys make VENOM sound like the KNACK, especially on side 1."

This is designed to be a replica of the original LP released in 1983. Any spelling or design errors are consistent with how the record was originally presented*