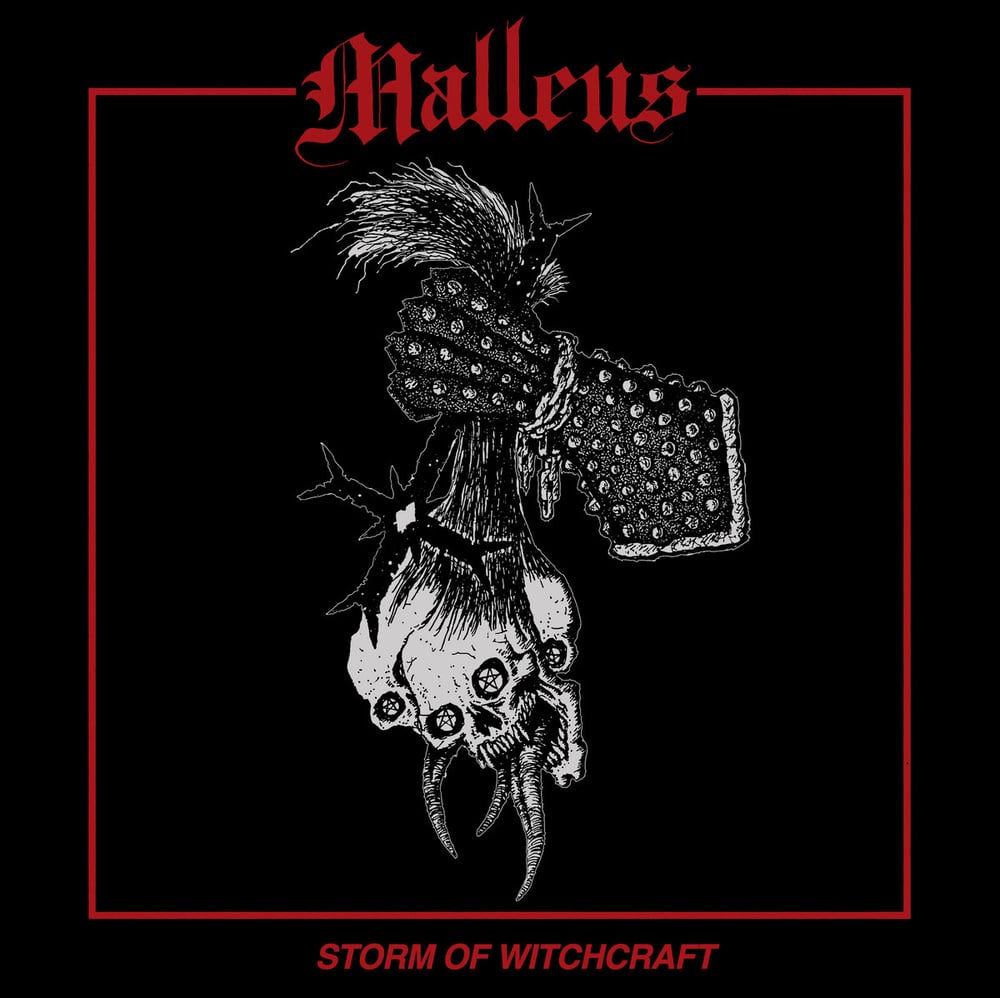 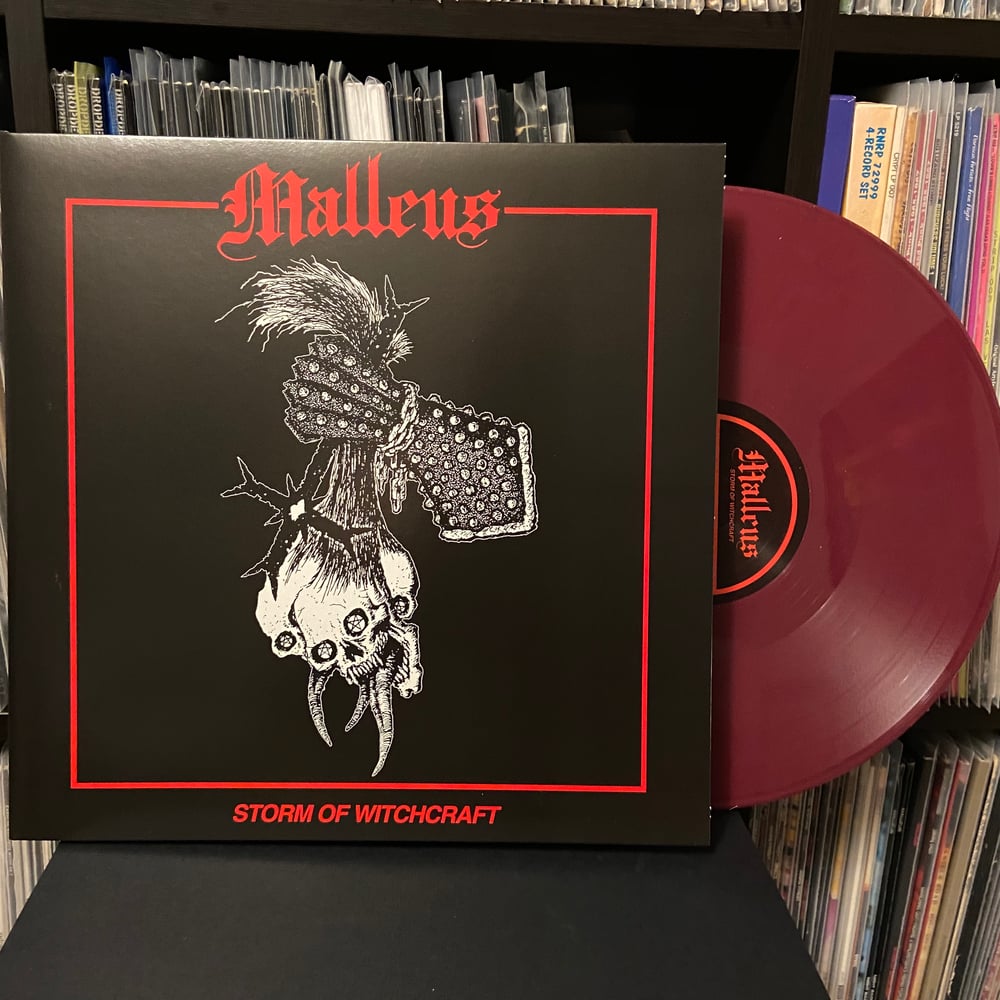 If you like Hellhammer, Bathory, Venom, Celtic Frost, Sodom, this is a trip to the earlier days of primitive death metal.

"Like a relic from a lost time, Storm of Witchcraft rages forward on an axis of Hellhammer, debut-era Bathory, and early Celtic Frost. However familiar it may sound on paper and in execution, MALLEUS nevertheless evoke an atmosphere that's equal parts drivingly serious and all-out evil, splitting the difference between alcoholocaustic gallop and dread-inducing downtempos. And it's aptly titled, too: Storm of Witchcraft possesses that ancient, old-world aura that puts this safely beyond simple “party music.” No matter how you choose to process it, Storm of Witchcraft is a poisonous first strike for MALLEUS!"

This reissue has been remastered in 2019 by Carl Saff and freshly cut for vinyl release in the USA. Originaly released by the Blood Harvest label in Sweden and hard to attain, now available in the US where the morbid tracks were spawned.

Vinyl comes in a gatefold sleeve with hard board printed inner sleeve and download card. 3 colors of vinyl. The CD version now includes the "Night Raids" EP as bonus tracks.