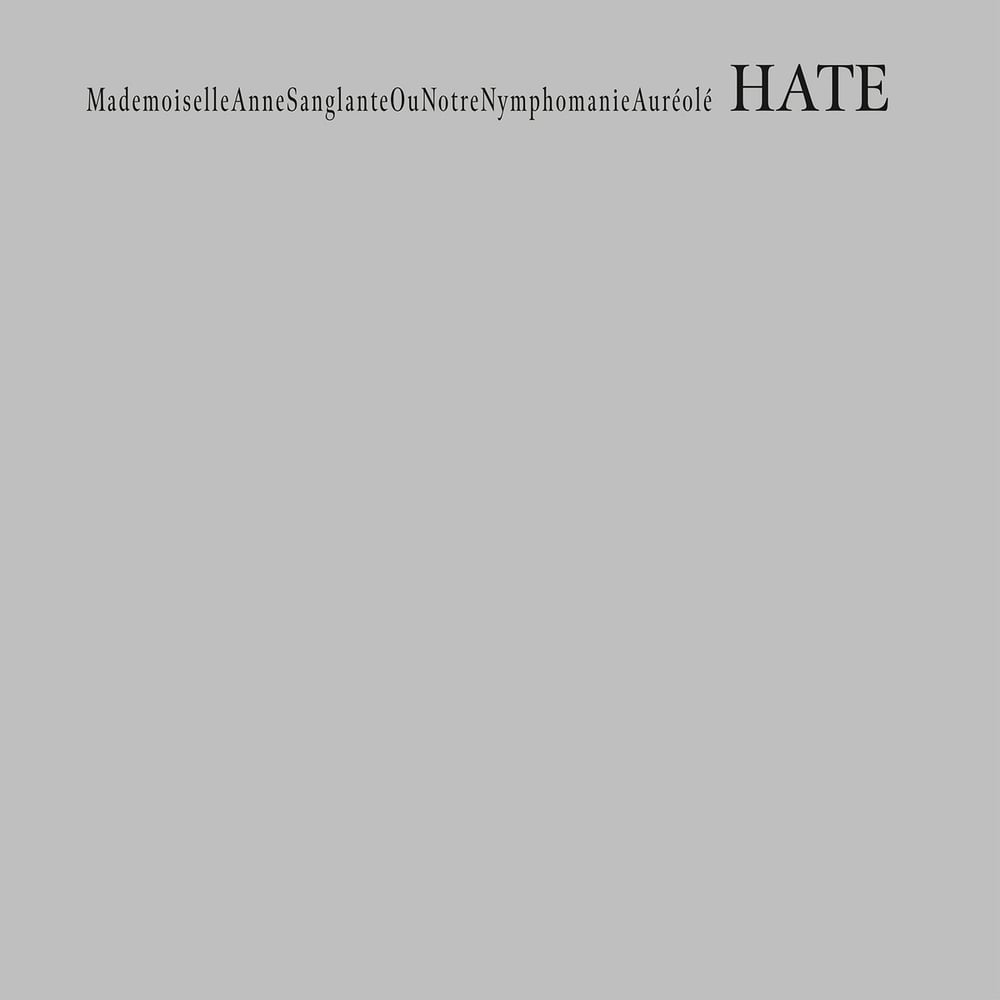 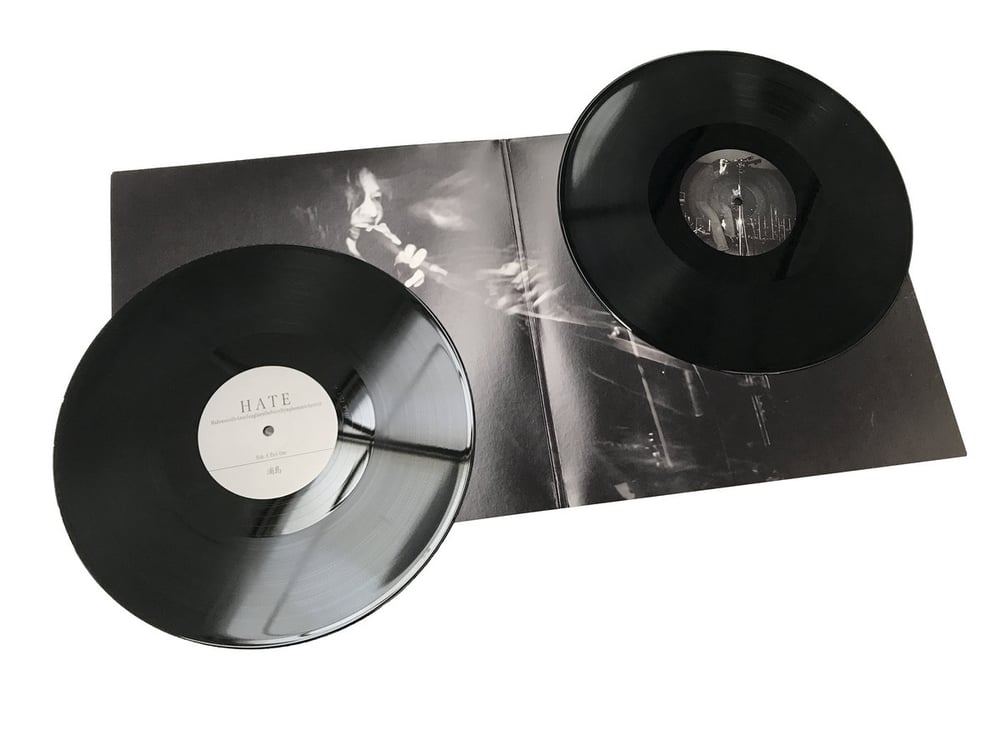 A towering holy grail of Japan noise music, This is the first ever vinyl reissue of Masonna’s astoundingly ambitious and very ultra limited cassette, Hate, in one stunning gatefold cover double LP, in a limited edition in just 299 copies. Among the most ferocious and rare cassette from the artist discography, finally entering the light of day on vinyl analogue support. Grab a copy while you can.

Mademoiselle Anne Sanglante Ou Notre Nymphomanie Auréolé, the double-barreled name for Masonna , of course, is one of most prolific, adventurous, and respected noise artists, making dozens of releases on his own legendary and astonishing label Coquette, presenting them in very limited editions, sometime totally confidential (one sole copy), and reflecting his predilection for 60’s psychedelic music revisited in its own very peculiar way. He transforms his voice into noise, feeding the microphone back through a process of extreme distortion. His shouts become clipped bursts of overloaded sound, doubled and extended by a delay that displace the sounds into stuttered blasts of static. From noise lines, to minimal, warbling expanses, to the ambiences and schizoid thinking effects, it’s a journey into a versatile mind who we clearly never heard enough from.

Released by Coquette on cassette in 1995 in just 15 copies with handmade covers, composed of different materials and inserted in transparent envelopes, the album Hate features one of Masonna’s most exciting and extraordinary work. By deploying stripped down microphone-and-scream foundations, Masonna’s ingenious sonic palette and his unerring sense of rage are cast in thrilling, clear-eyed relief. The use of pedals and effects overwhelms the vocalizations that are practically not heard and creates an irresistible tension, layering a dazzling array of rich sonic colors, hard fragments, and unsettling timbres over the sort of taut psychedelic feedback used in Kosmische Musik and the echo of Tangerine Dream 's masterpiece Zeit ring out in the grooves of the double vinyl reissue. The polarities are pronounced and brilliantly assembled, injecting even the most rough brushwork with an inescapable air of suspense; it’s a real gem, deftly balancing harsh noise and otherworldly effects.