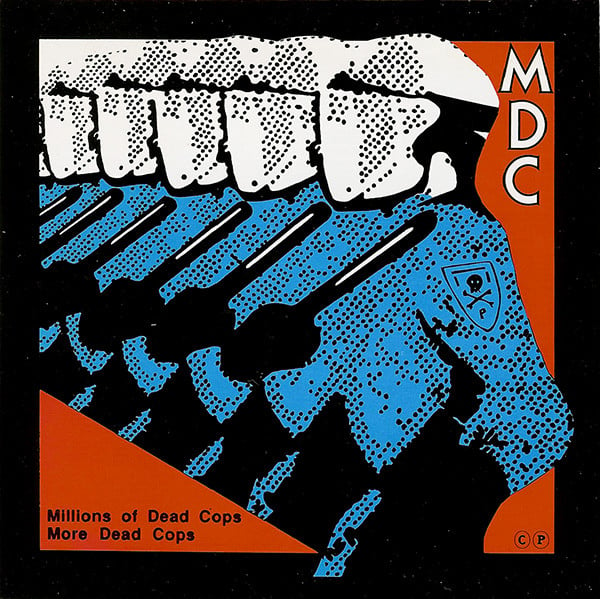 A total building block of US political hardcore/punk. Mandatory.
Includes the first album plus the singles and comp tracks album More Dead Cops. All their classic early tracks in one essential anthology.

Millions of Dead Cops is the debut studio album by the American hardcore punk band MDC. It was originally self-released in February 1982, being issued through their own label R Radical with help from Alternative Tentacles. Today it is considered a hardcore punk classic. MDC delivered a record full of fast intense music, and this record did and still does influence an untold number of hardcore/punk and bands of political nature to this day. The corruption of cops! Greed of corporations! Racism! The fact that not all people were the same, but so what that's OK! All issues addressed on this groundbreaking album. Many of these topics were more or less taboo at the time and had not been addressed to this degree in punk before. A true US hc/punk classic.