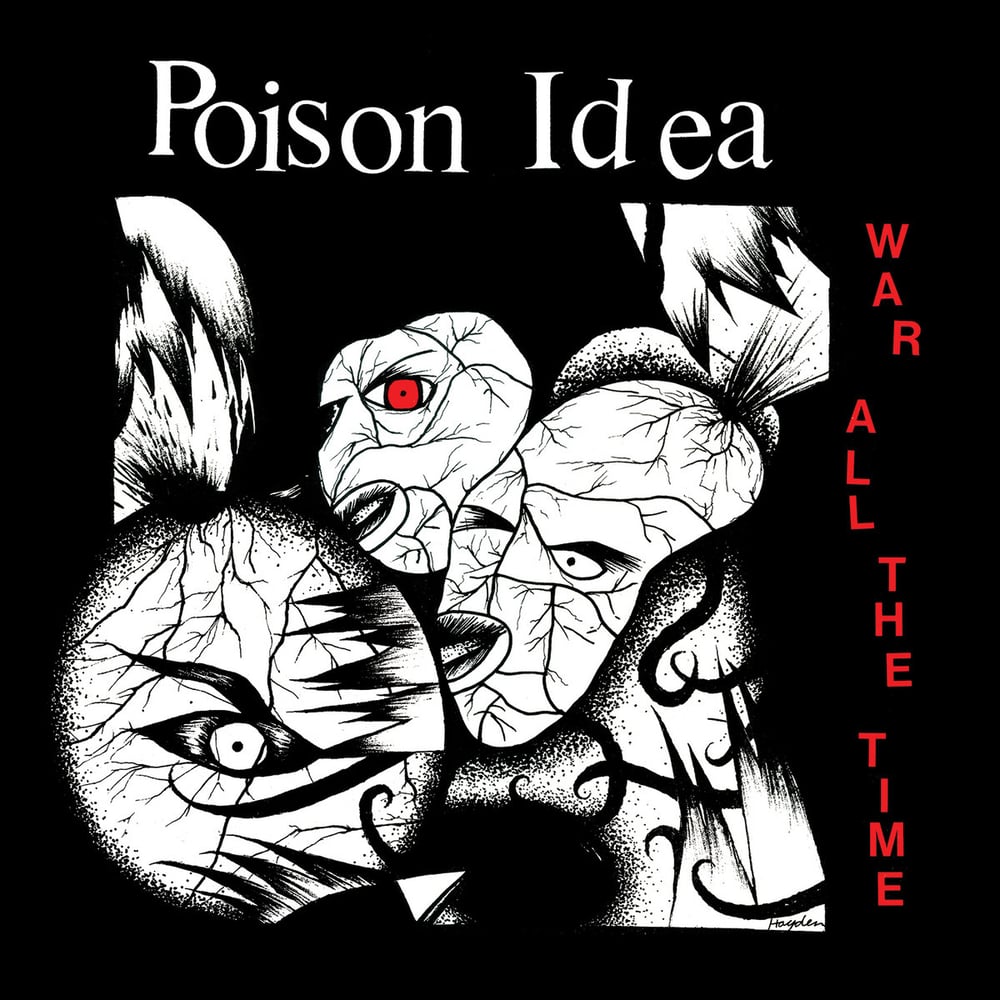 Poison Idea have been a huge influence on Dropdead, You'd be hard pressed to find a better more solid consistent chunk of US hardcore released over multiple decades by any other band. Always a classic, always makes you want to throw a bottle against the wall and rage.

LP on pink marbled vinyl with heavy board printed inner sleeve.
Remastered and with updated artwork and liner notes.

Available for the first time on LP in over 20 years, TKO is bringing you POISON IDEA's seminal second true full length LP from 1987 "War All The Time"

Long a favorite of diehard PI fans, "War All The Tme" was a pivotal moment in Poison Idea's evolution. With the addition of a second guitarist, and the debut of legendary powerhouse drummer STEVE "THEE SLAYER HIPPIE" HANFORD, this album established the direction Poison Idea would follow into the second decade of their career.

This one has been a long time coming folks, and with the full deluxe reissue treatment, this version will prove to have been well worth the wait.