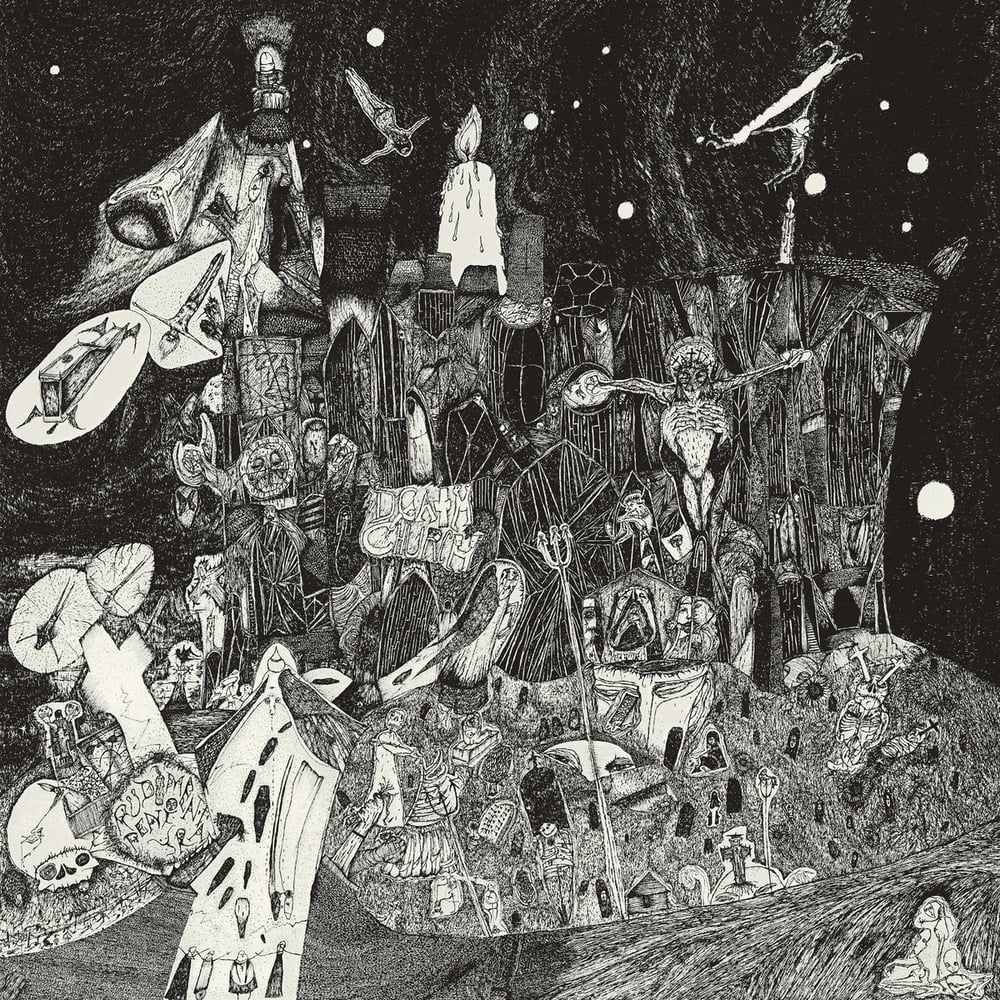 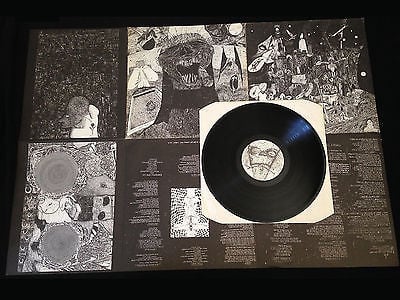 The words legendary, seminal, and classic get thrown around at will these days, but Rudimentary Peni’s debut album is all of them. Recorded over two days at Southern Studios by John Loder and originally released in 1983 by Crass off-shoot label Corpus Christi, Death Church showed a band moving away from the urgency of their two early 7”s and into their own realm. Creating a template that bands have been trying to replicate ever since, while ticking all the boxes to become a genre-defining album. Iconic artwork, a unique sound and their own lyrical universe. All merging seamlessly. Sonically the album is full of Nick Blinko’s extraordinary vocals and equally remarkable guitar, Grant Matthews’ big meandering driving basslines and Jon Greville's tight and relentless drum work which together made something intricate and hard hitting, with a sequence that makes the 21 songs on the album flow perfectly. Visually, the album is every outsider art lover’s wet dream. A six-panel poster sleeve with every inch covered in Nick Blinko’s claustrophobic black and white line drawings, while lyrically the songs deal with madness, religion, death, and questioning humankind from a dark poetic place rarely found in any art form.

Remastered from the original master tapes by Arthur Rizk and housed in a replica poster sleeve. Death Church is back in print in LP, CD and cassette after nearly a decade of no official reissues