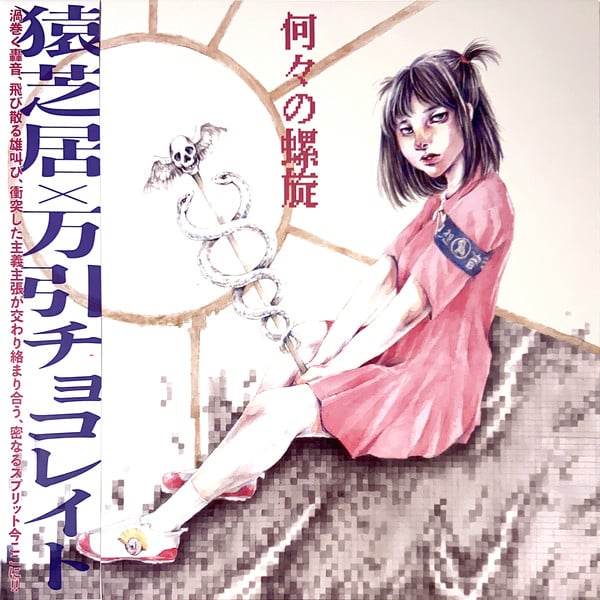 A crucial Japanese Hardcore Punk clash!! Brand new studio tracks from both bands.. 猿芝居 (SARUSHIBAI) from Gunma deliver a highly intense and original blend of straightforward HC meets dark ’80s Punk embedded in a rocking vein, at times reminding the intricate approach of some cult ADK Records bands – Kikeji, Glycerin and Masturbation just to mention those that instantly pop up to mind listening to this. Utsunomiya’s Hardcore veterans 万引チョコレイト (MANBIKI CHOCOLATE) strike again with 5 new incendiary thrashing Hardcore rippers.. powerful, raging and totally catchy! If you’re new to this incredible band, they have been active since over 30 years starting the game with a legendary 8″ flexi disc (1990) and a couple of tapes now hardly sought after by the most diehard collectors, and later releasing a few CD’s and a discography LP collecting their recordings from 1990 to 2000. Traditional Japanese Hardcore with all the best features of this style: furious vocals, fast ‘n’ tight drumming and memorable riffs and solos with a metallic imprint… This new studio session proves that they never let down and just get better with time! LP with OBI strip and insert.