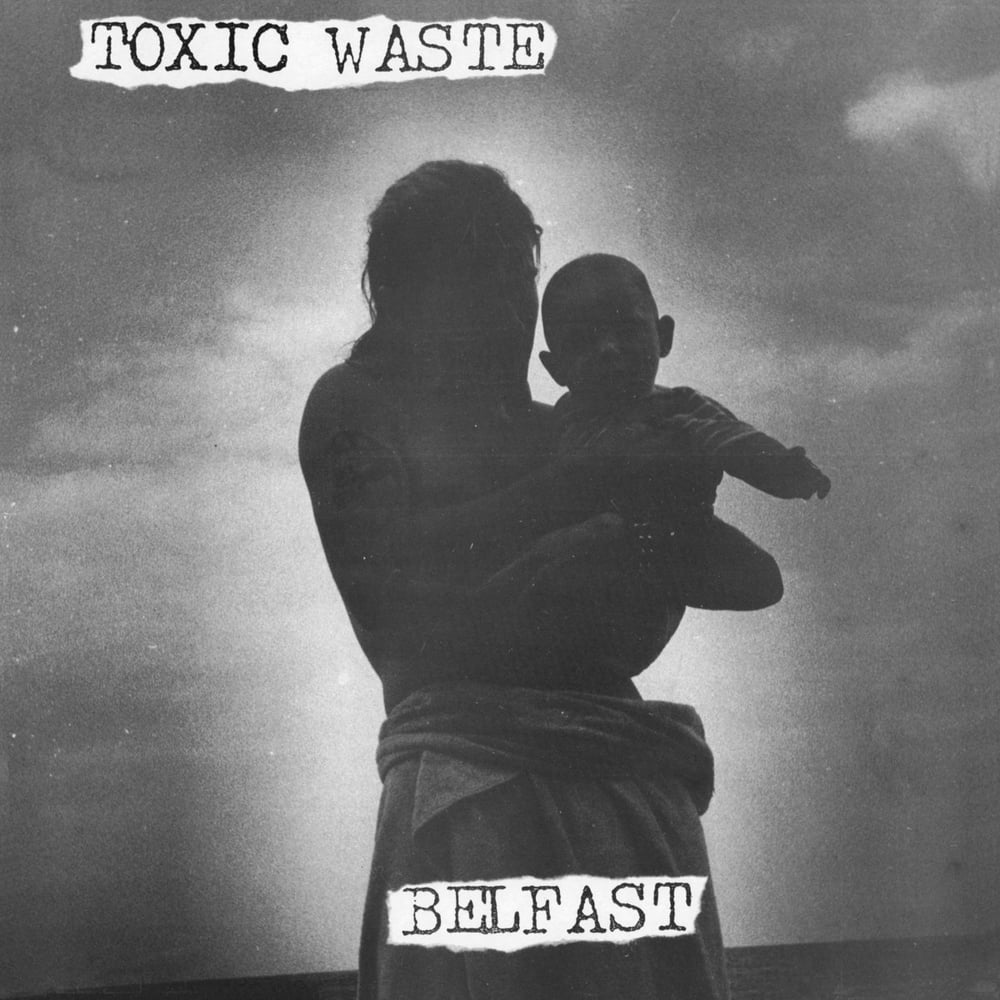 TOXIC WASTE represent the hardest end of the CRASS milieu. While most anarcho-punk bands of the time sang about a war they’d only seen on TV TOXIC WASTE were being politically active in Belfast during the troubles. They played militant punk with melody and aggression. Borderline hardcore at times with a clear peace-punk message. Angry, intense and in your face. They were involved in the Warzone Collective and shared stages, experiences and activism with bands such as STALAG 17, CONFLICT , ASYLUM and ANTISECT.

“Belfast” was originally released in 1987 on Vocalist Roy Wallace’s Belfast Records and has been out of print for 30 years. It was a compilation of previously released tracks and newly recorded versions of old tracks with Dino and Gary from D.I.R.T doing the female vocal parts and guitars. The 12 tracks on “Belfast” are nuggets of raging pissed off DIY anarcho punk with hard hitting lyrics and dual vocals. The recordings are raw and passionate and stand the test of time. The band released an iconic split 12” with STALAG 17 on Mortarhate (1985) - the tracks are included on “Belfast” and then the following year a split LP called We will be Free with STALAG 17 and ASYLUM before calling it a day and becoming a lost piece of the anarcho punk puzzle.

This reissue comes with replica sleeve and fold-out lyric insert.