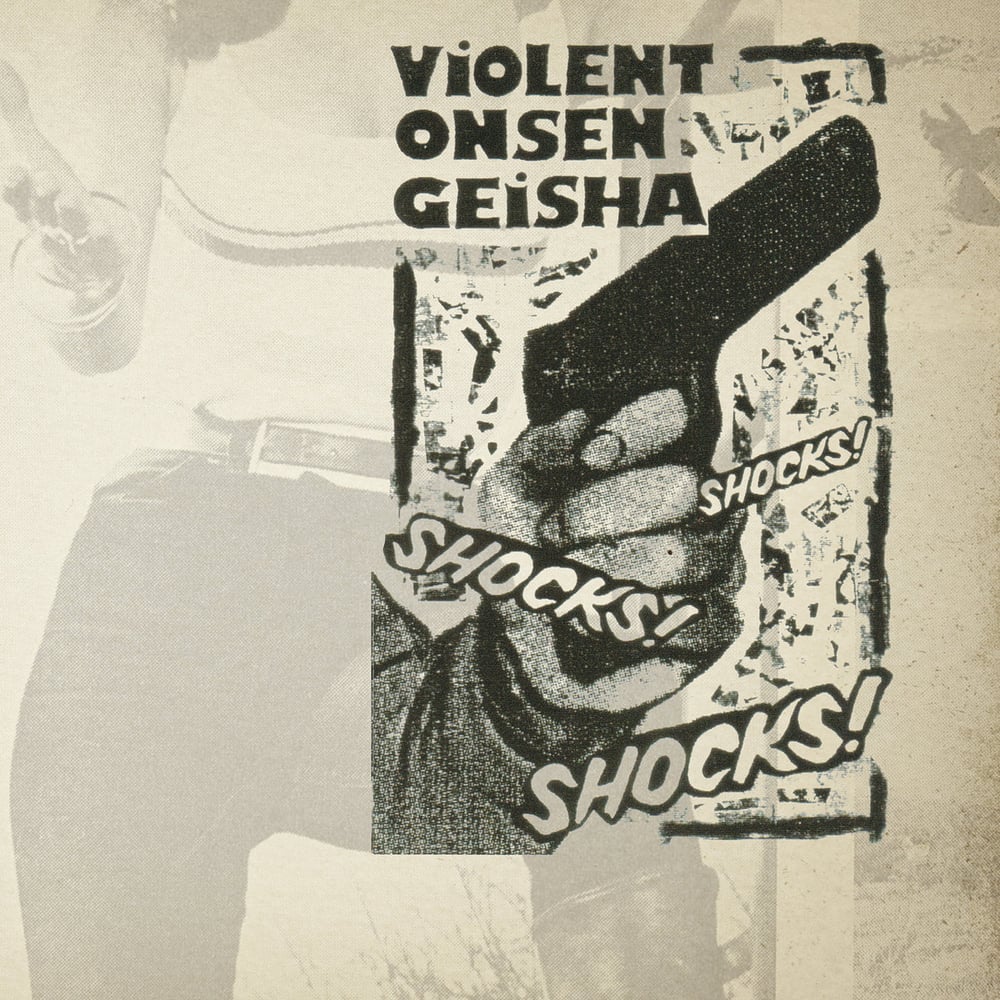 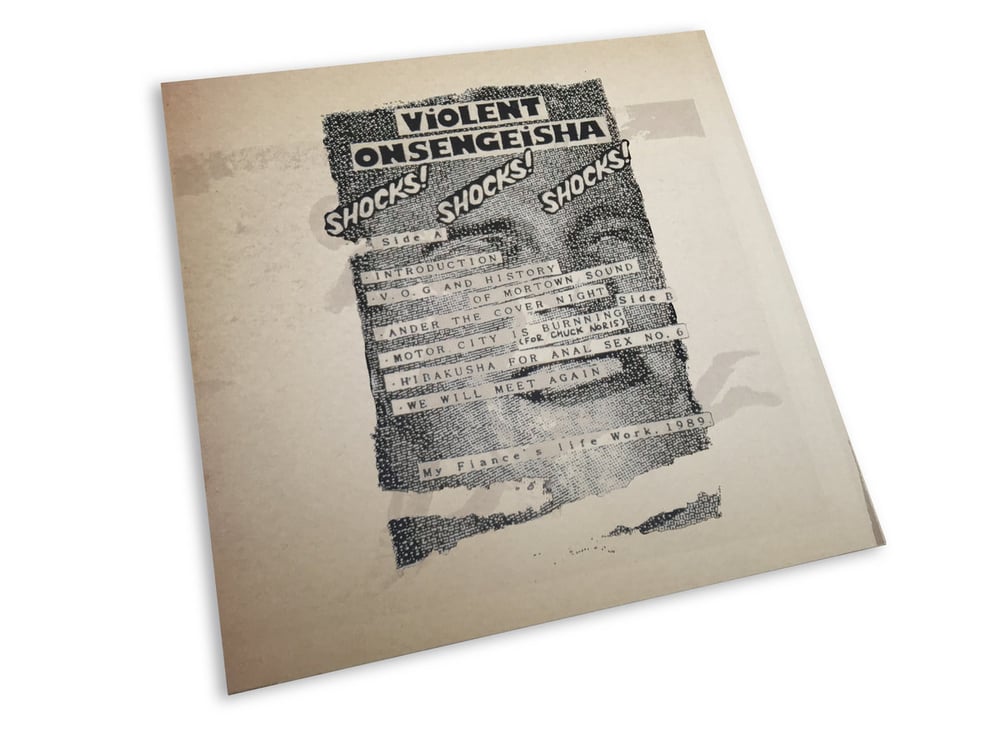 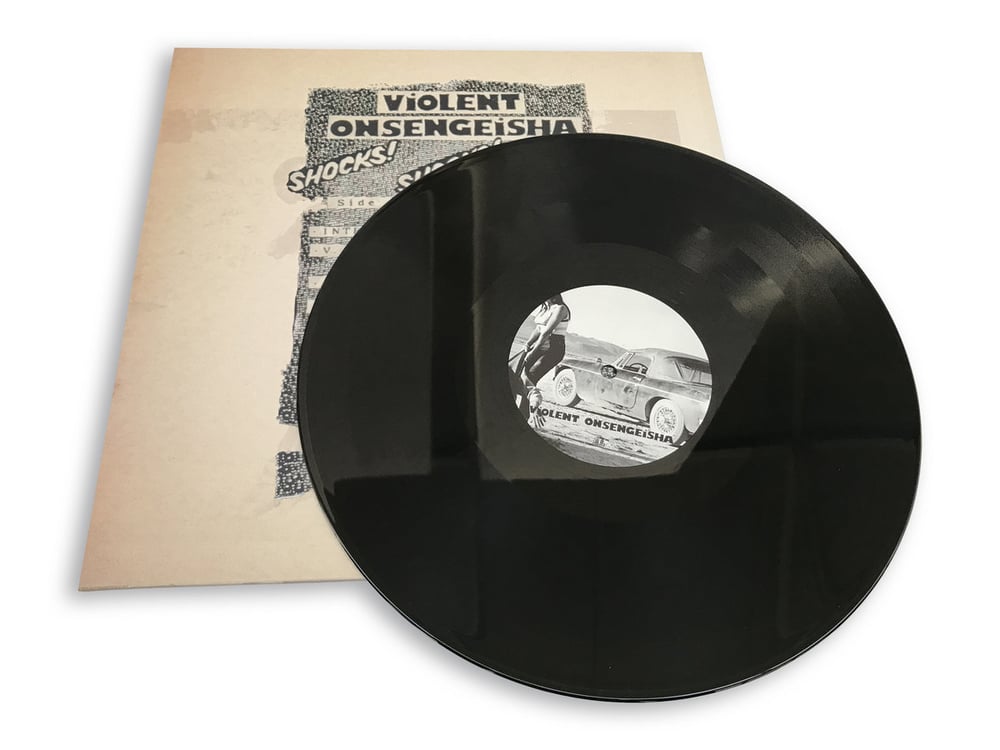 Vinyl with the magnificent mastering by Andrea Marutti is a truly thrilling exchange of collages, vacillating between kitsch, the austere, and boundary pushing structures, all played against and pushed onto the next level by Nakahara incredible talent. Unflinchingly beautiful and creatively challenging, Shock! Shock! Shock! completely defies genre and definition, rising as a wonderful reminder of what noise music is all about. A justly radical zone of creative patchwork sound that renders an engrossing listen that you can’t pull out of once you’re in.
Released in an edition of 299 copies sole, unquestionably one of our favorite reissues of the year. Absolutely stunning, this is a stone-cold killer that can’t be missed.

The Tokyo-based Japanese experimental musician Masaya Nakahara as kwon as Violent Onsen Geisha has been dazzling us with his entirely singular approach to sound since 1989. Harnessing his unique natural approach to mixier by combining techno, pop samples and hip hop, as well as his sister's karaoke singing or his parent quarreling, screams and glass or ceramic bowls broken, he incredibly built a body of work in recorded contexts that has almost no parallel, producing arrangements where all the style and the sonic atmosphere meet in a happy junk room and elaborating his delirious patchwork studio from magneto-phone tapes. His amazing cut-up proved interesting to major band such as Sonic Youth and Beck, who invited him on a US tour in 1995.

At the height of his music career as Violent Onsen Geisha in 1998, Nakahara published Mari & Fifi No Gyakusatsu Songu Bukku (Mari & Fifi’s Massacre Songbook) and made his debut as a novelist. In 2001, he received the 14th Yukio Mishima Award for “Arayuru Basho Ni Hanataba Ga” (Bouquets of Flowers Everywhere), and became increasingly active as a writer and movie critic.

His best-know cassette Shock! Shock! Shock! released in 1989 from legendary Vanilla Records, first time reissued on vinyl format, takes us deep into the intimately responsive aspects of his work. Despite the density of its structures, that combine the most disparate musical genres with deafening shouts and crashes, Shock! Shock! Shock! feels like a breath of fresh air, fearlessly skirting the line between creative rigor and focused interplay and a playful irreverence in ways that leave you wondering where the hell you are.

‘’For someone who has no musical talent like me, the only thing that I could naturally create was noise.’’ Masaya Nakahara