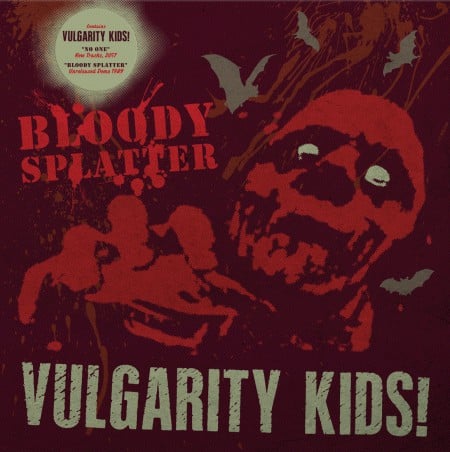 Furious Japanese Hardcore founded in Utsunomiya City in 1985! Brand new LP including their "No one" studio session 2017 and the lost&found "Bloody splatter" demo 1989!! As mentioned on the previous VULGARITY KIDS LP also released by F.O.A.D. Records, it was believed that the "Bloody Splatter" demo was completely lost and there were no chances to find it, not even through the circles of the most diehard Japanese tape collectors. After their 30th year reunion gig at Bar El Puente in Yokohama, a friend of the band got in touch and told us that she had found a copy of it. So what you have here is an incredible rarity, a lost and found recording of raging fast Japanese Hardcore/Thrash recorded 3 decades ago + brand new songs that will equally rip your brains off. 12 songs. Lyrics sheet included. Recommended if you also like SYSTEMATIC DEATH, RAISE CAIN, HOG-GISH, OUTO, LIP CREAM