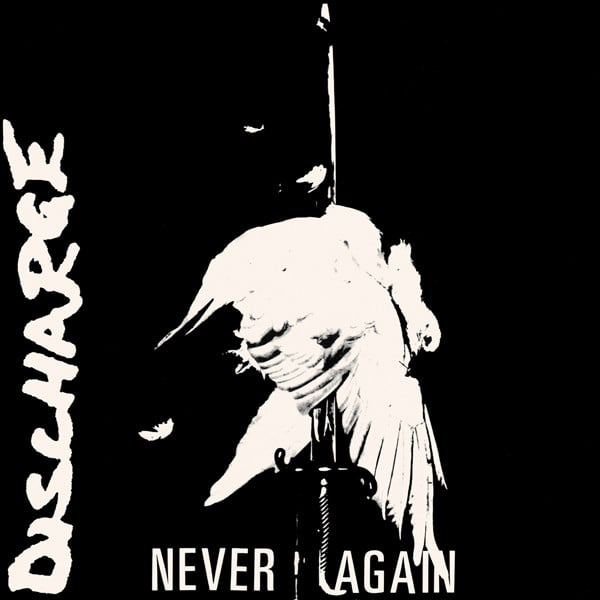 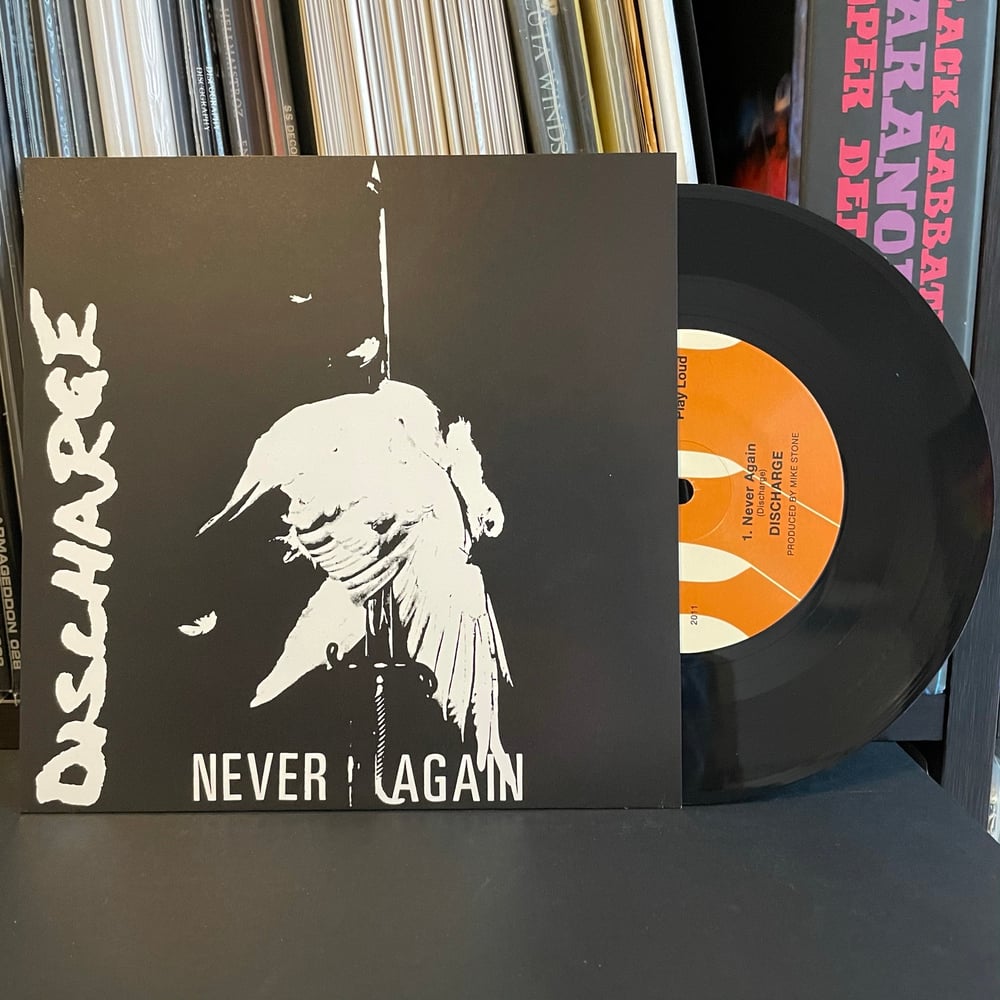 Essential reissue of the 5th Discharge release. 3 tracks that have again evolved into the prelude for their soon to be created debut LP.

It's 1981, the cold war rages, threatening to turn hot at any moment as Reagan, Thatcher and Brezhnev seem poised to destroy the world in a descent to nuclear madness. Using cover art appropriated from 1930's anti fascist agit-prop Discharge links the bleak reality of Thatcher's Britain with the descent to totalitarian oppression and war of an earlier generation. A bit more polished than the first three EPs and the Why? 12", Never Again delivers three blasts of hardcore punk.