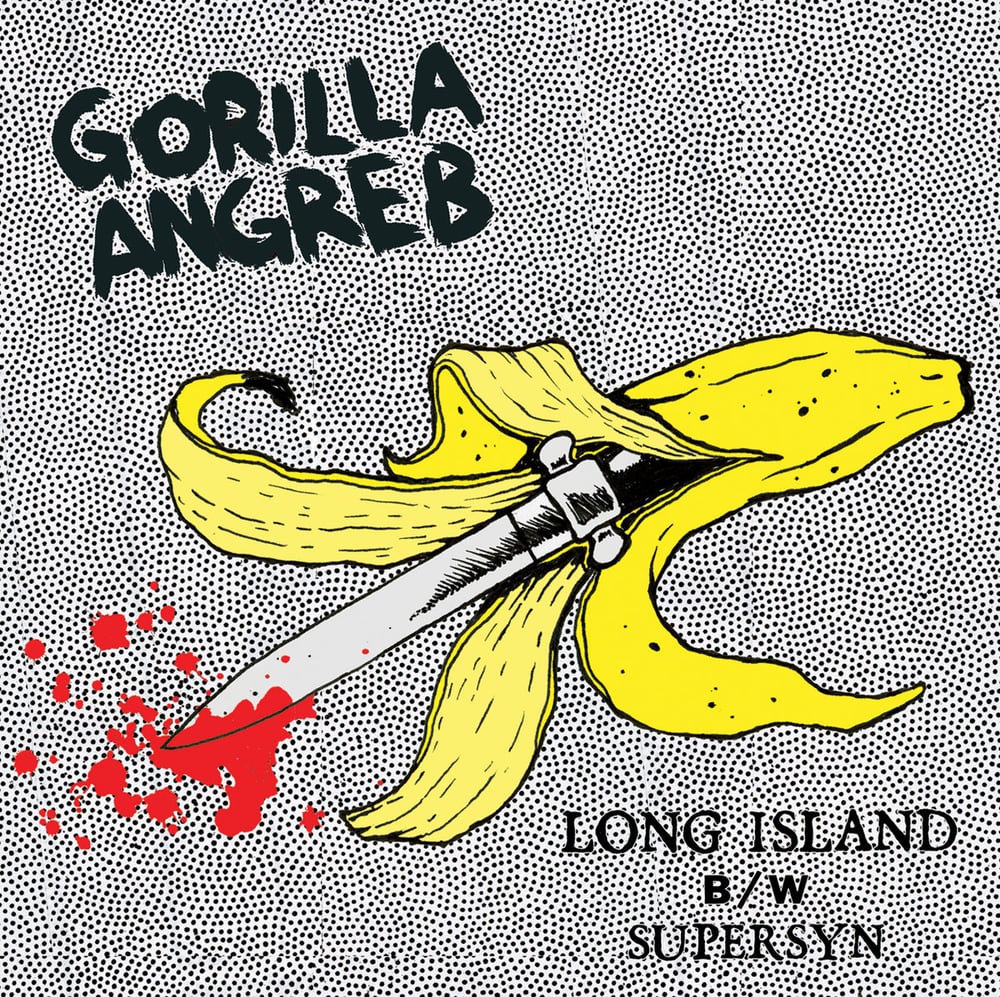 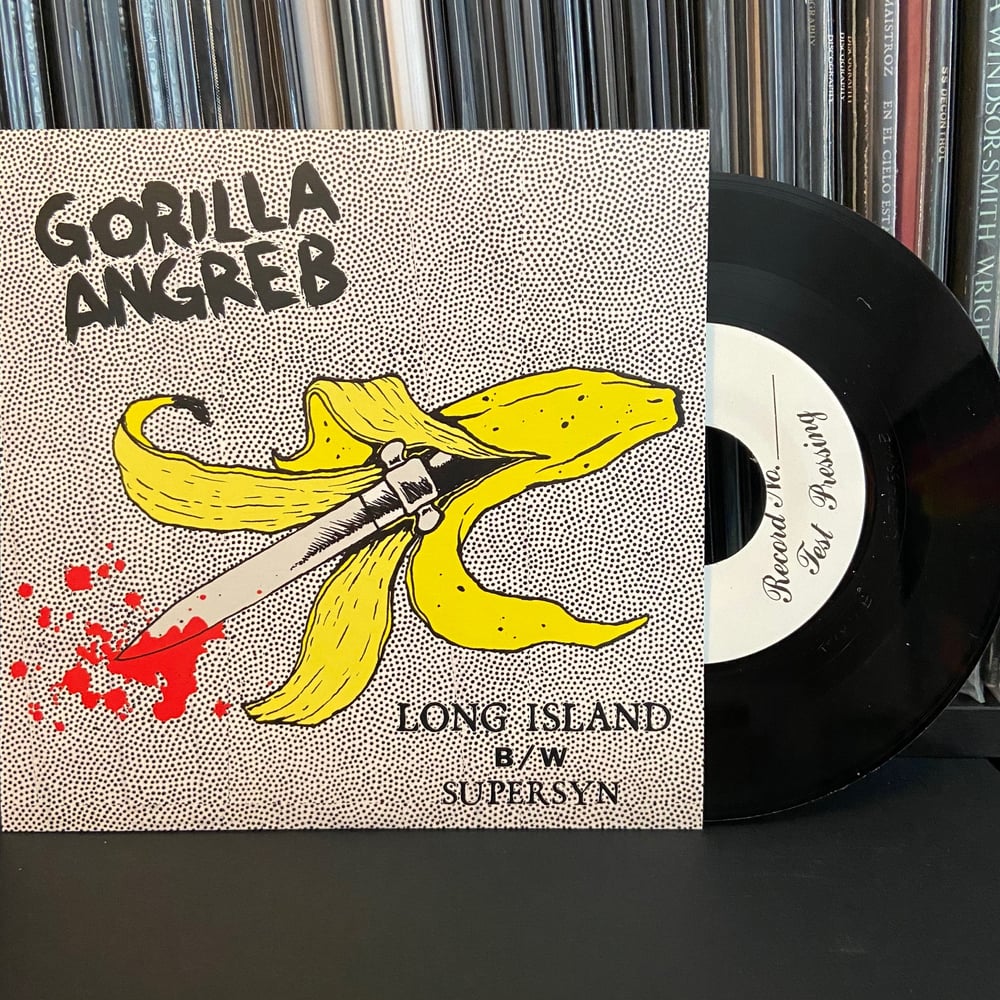 Armageddon Label pressed a one time limited reissue of the Long Island 7" for the bands 2005 US tour, 7" originally released by Spild Af Vinyl.

"Gorilla Angreb, a Danish quartet stripped down into the basic roles of a band (singer, guitarist, bassist, drummer) and have the chemistry to rock with wild abandon in a very specific mode. On the "Long Island" single, they kick into a world left by the hotwired rockabilly punk of X, the angry authority of the Avengers, and the proper paranoia of Penetration. Tall orders, all, to be sure, but the band remains fervently true to the cause, bashing out extremely hectic, close, and memorable punk rock in styles totally removed from modern influence. Bands from Tilt to Discount have attempted this in the 90s, and fell under the wake of too much sun, sand, and surf, but Gorilla Angreb locks into what made the originals so vital for their respective times and places, and brings that vitality to the present day. Hearing the racing, bar-chorded hook nearly flying off the tracks amidst Mai and Peter's co-ed yowling, or the stiff little chorus of the title track barreling in, are just the kind of thrills that music like theirs has been sorely lacking for so long. Exciting, entertaining and important music, because their passion makes us feel like we're discovering something new every time we hear it. You'll have to do some searching for these records, but they are so worth it." - Dusted