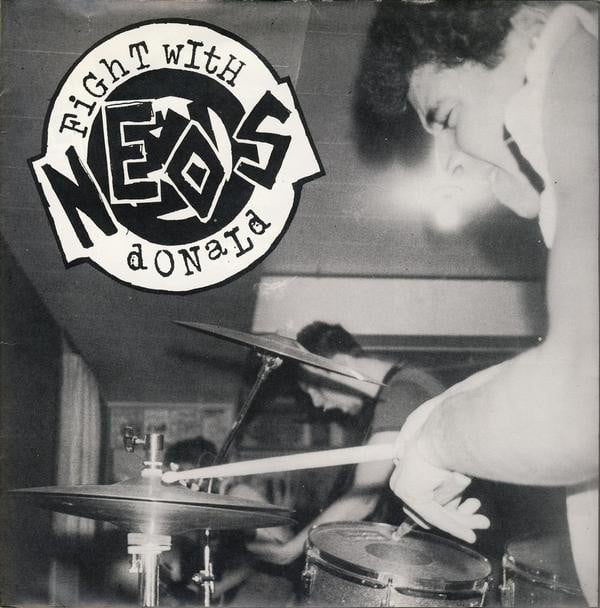 Victoria’s pioneers of hyperactive speed-punk, critically acclaimed as one of the very first of their kind. As lead-up to the soon to be released “Three Teens Hellbent On Speed” discography LP, this 25th anniversary reissue from the original John Golden stampers.
Blistering fast, raw and wild Canadian hardcore insanity recorded 1982-83. 18 songs, including “Sleeve” which is the only recording to reappear on their upcoming LP, maintaining this EP as a rather unique collection. Housed in its original multi-panel fold-over cover which folds out into a 14” x 21” collage poster.

Tracklist
No Tyme 4 Romance
Conscripts
Just Like All The Rest
Racist Act
Oppostion To All Violence, Even If Commited In Self-Defense
Ripped Off
Destruct
Typical... Song
Don't Want To Be
Sleeve
Bobby Sands
Sexual Revolution
Other World
School Punks
Where Did You Go Wrong???
Churchgoers Motive
They'll Destroy Themselves
Fight With Donald (9/28/80)