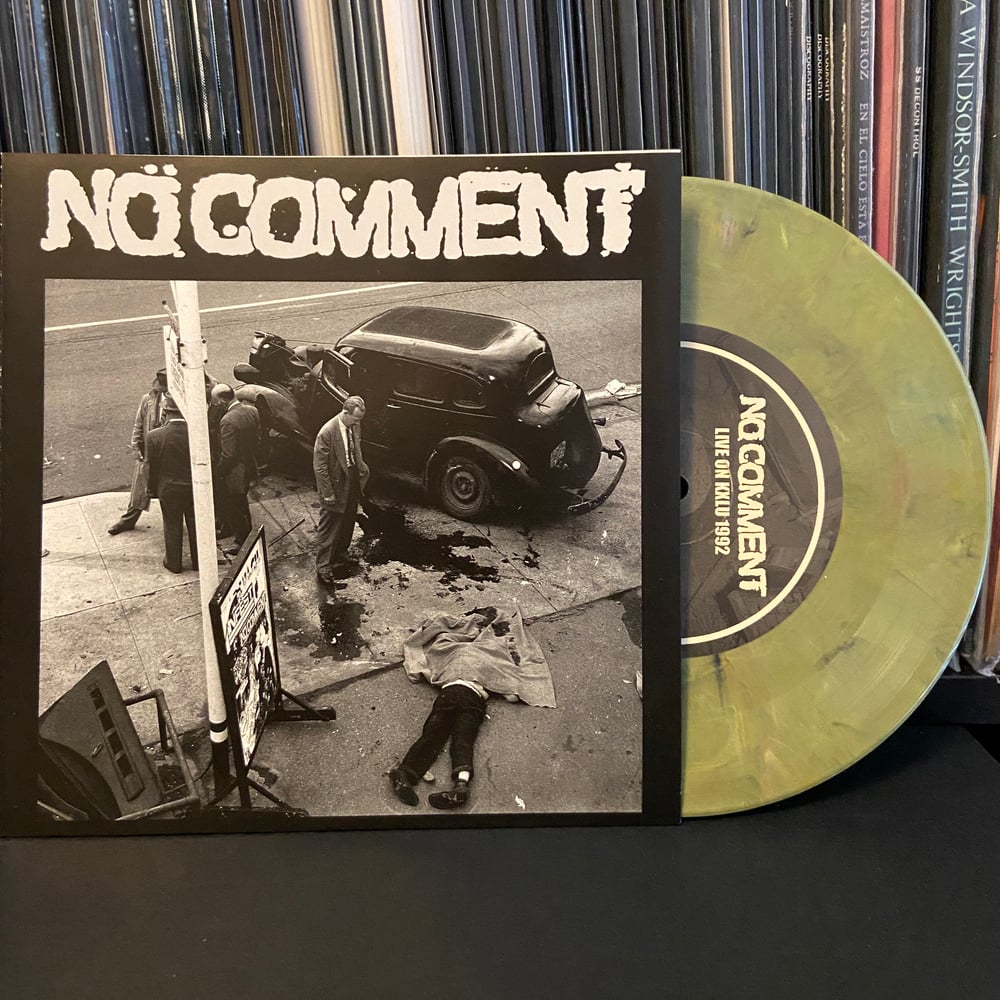 A ripping live radio set that catches No Comment at their raw best.

"Along with other powerviolence bands such as Crossed Out, Capitalist Casualties, and Man Is The Bastard, No Comment was influential in what was known to become the “West Coast Powerviolence” scene for their aggressive musical and conceptual take on the hardcore punk genre. In other words, No Comment is undoubdtedly one of the true pioneers of all PV and fastcore." - Bob/Deep Six