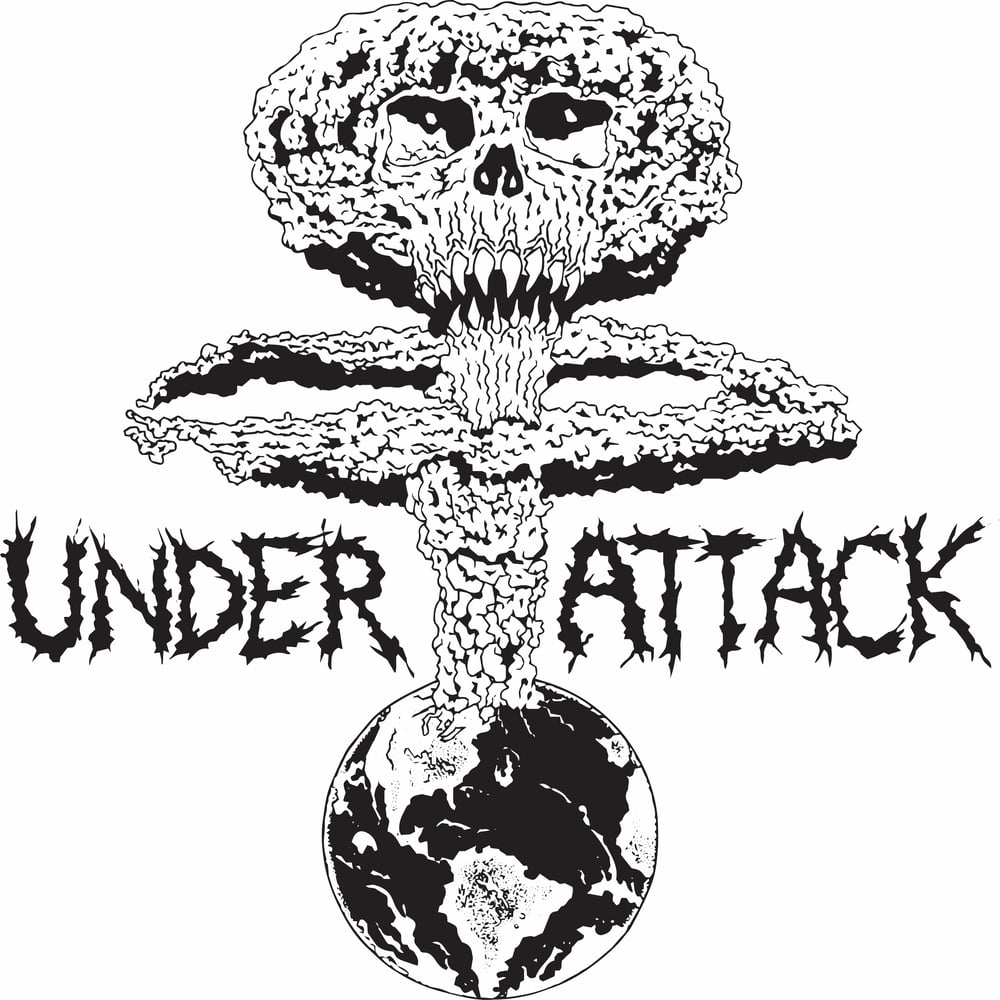 Richmond Virginia's Under Attack returns after an EP on Three One G and recent split with Loose Nukes. This time they contribute three killer tunes on their side in the spirit of no gimmicks, 80s hardcore. All three songs feature dark and heavy riffs, desperate vocals and are made complete by an uncompromising rhythm section. Under Attack contains ex-members of Limp Wrist, Eucharist, Discordance Axis as well as current members of Suppression and Municipal Waste. For fans of Negative Approach, Straight Ahead etc.

After an LP on Peterwalkee Records and their recent split with Executors, Albany punks, Male Patterns return with three new rippers. Male Patterns play burly hardcore punk with gruff vocals, wailing guitar leads and a pummeling rhythm section. Featuring members of After the Fall and ex-members of Neutron Rats, No Sir, I Won't and Libyans and for fans of Black Flag, Poison Idea, Chain Rank, War Cry, Inepsy.