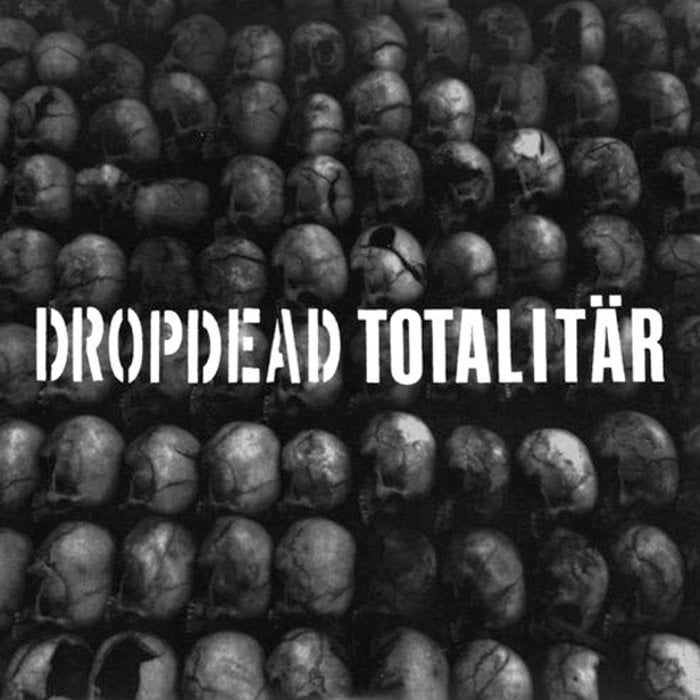 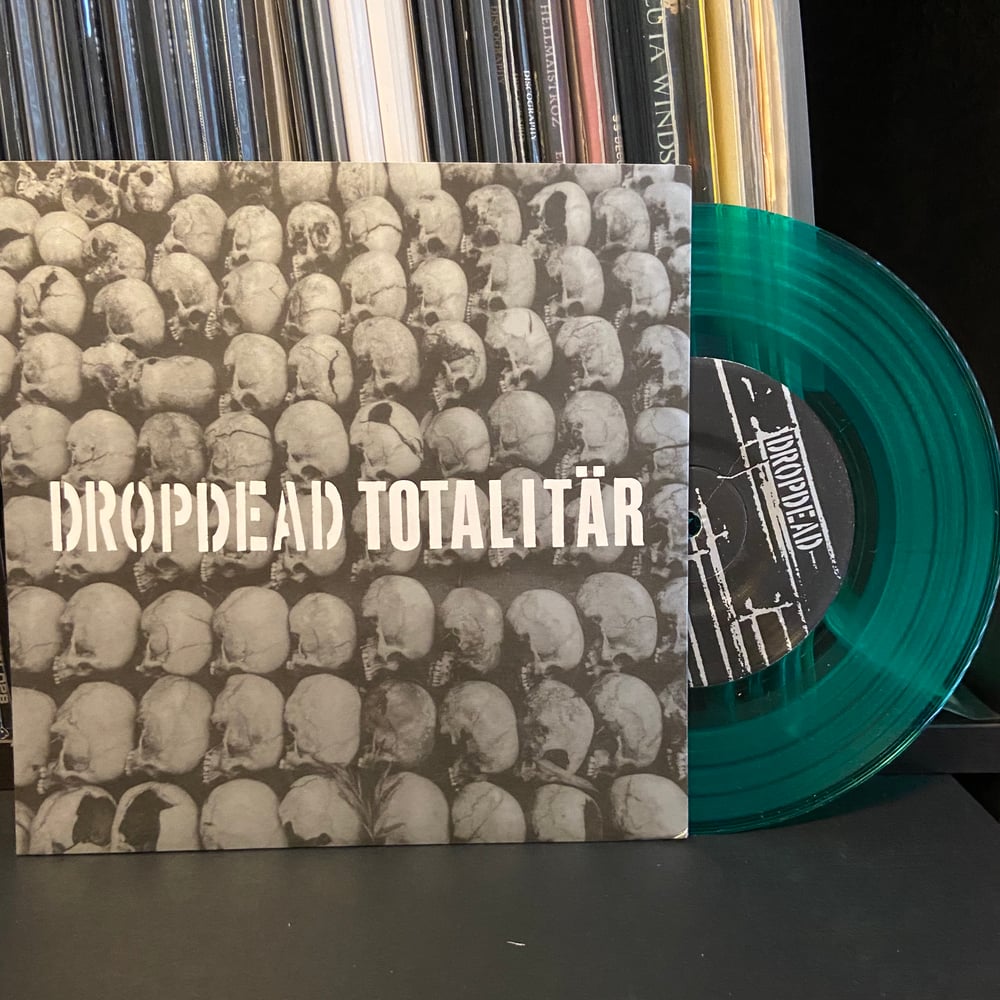 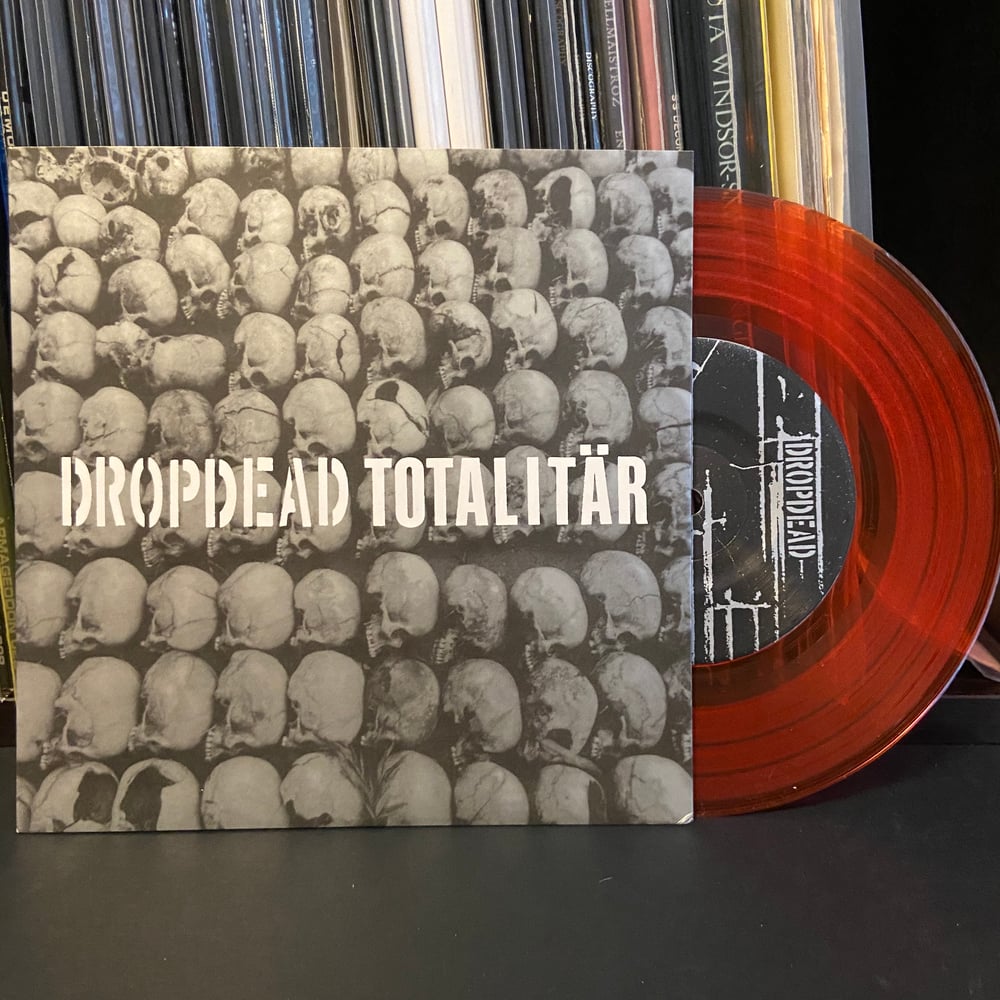 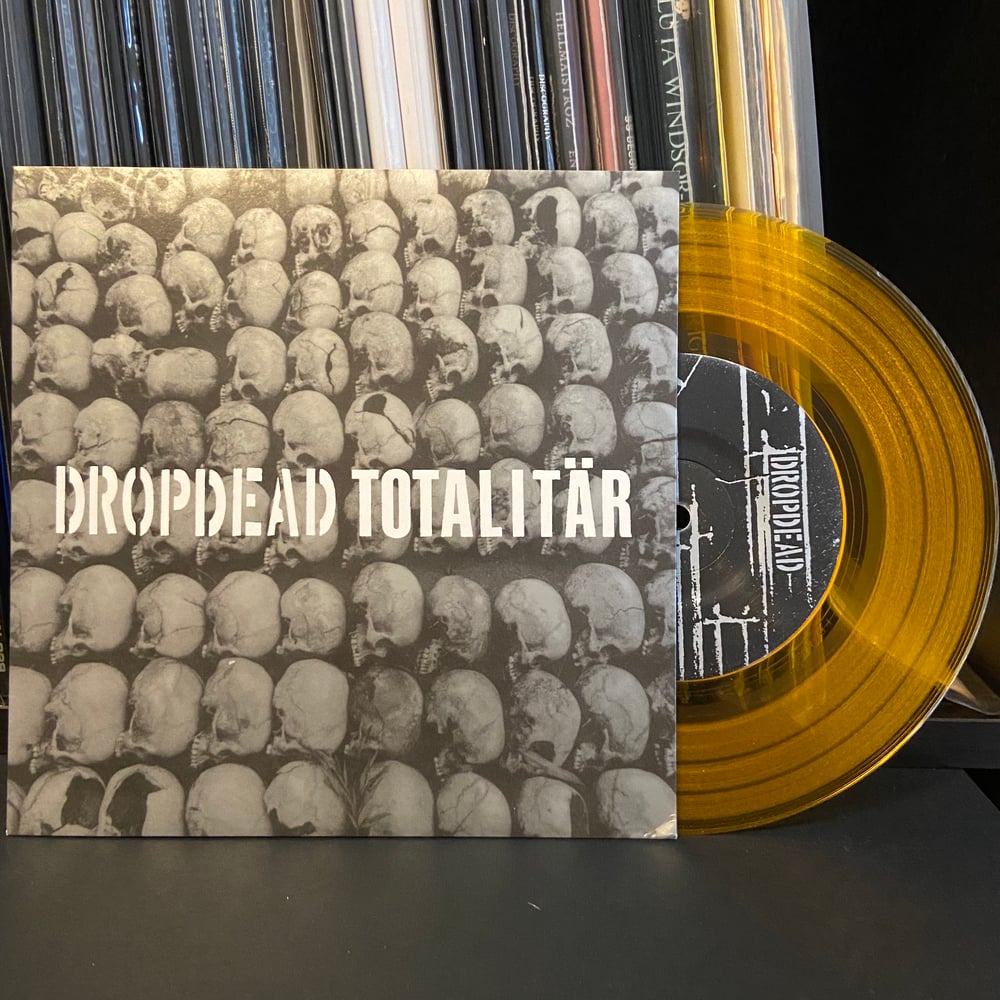 The DROPDEAD/ TOTALITÄR 7"as originally released in 2002, featuring two of the most legendary hardcore bands on the planet. Rhode Island's DROPDEAD continue to fly their flag of extreme political thrash with multiple tours across Australia, Europe, Japan, Mexico and the States and numerous 5"s, "s, 8"'s, 12"s, and even an 11" to their credit. This Split EP was a jump start towards the band's continuing split EP series with classic and innovative bands ( BRAINOIL, CONVERGE, SYSTEMATIC DEATH, RUIDOSA IMMUNDICIA, SYSTEMATIC DEATH) self-released over the past decade. Three years in the making, DROPDEAD's side was Recorded in two sessions in 2001 and 2002. A long break in recording from their 1998 Second LP allowed them to drop an amazingly solid six tracks onto their side, representing some of their most savage material since the 1991 debut EP. Many of these tracks are still part of the band's live set. On the flip, Sweden's TOTALITAR originated in the "silver age" of Swedish hardcore of the mid to late 1980's, delivering pounding, classic D-beat hardcore. Always topically astute, TOTALITÄR were particularly prolific during this time period, recording classic pieces of their vast discography - three LPs, two split LPs and a literal heap of 7"s. These three tracks are from the same session as the "Allting Ûr PÎ LÎtsas" 7" on Sweden's Really Fast Records and have a looser and more garage feel, but steamroll within their classic explosive formula. TOTALITÄR went dormant in 2007, with Members currently playing in INSTITUTION, DISSEKERAD, MAKABERT FYND, NAPALM A.D. and KVOTERINGEN.