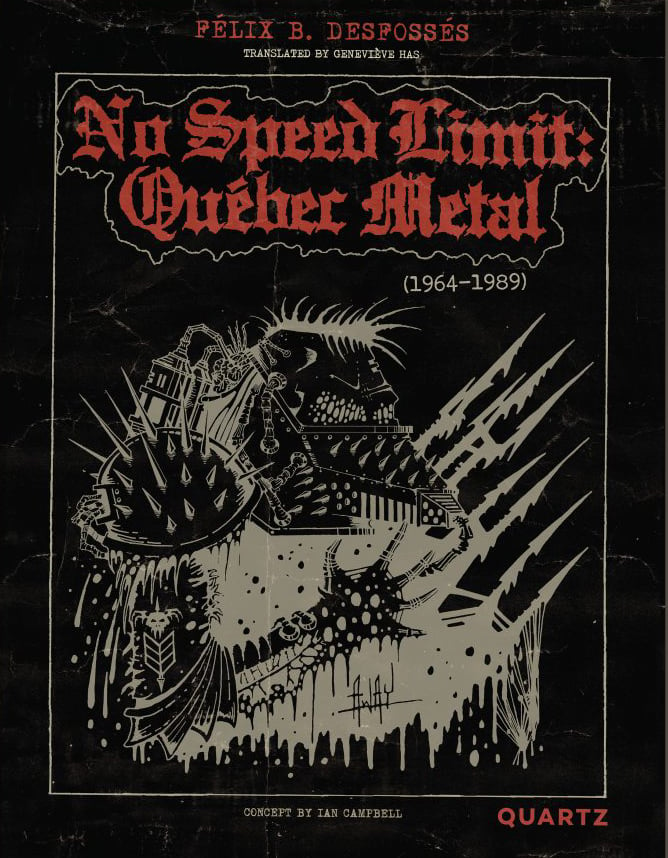 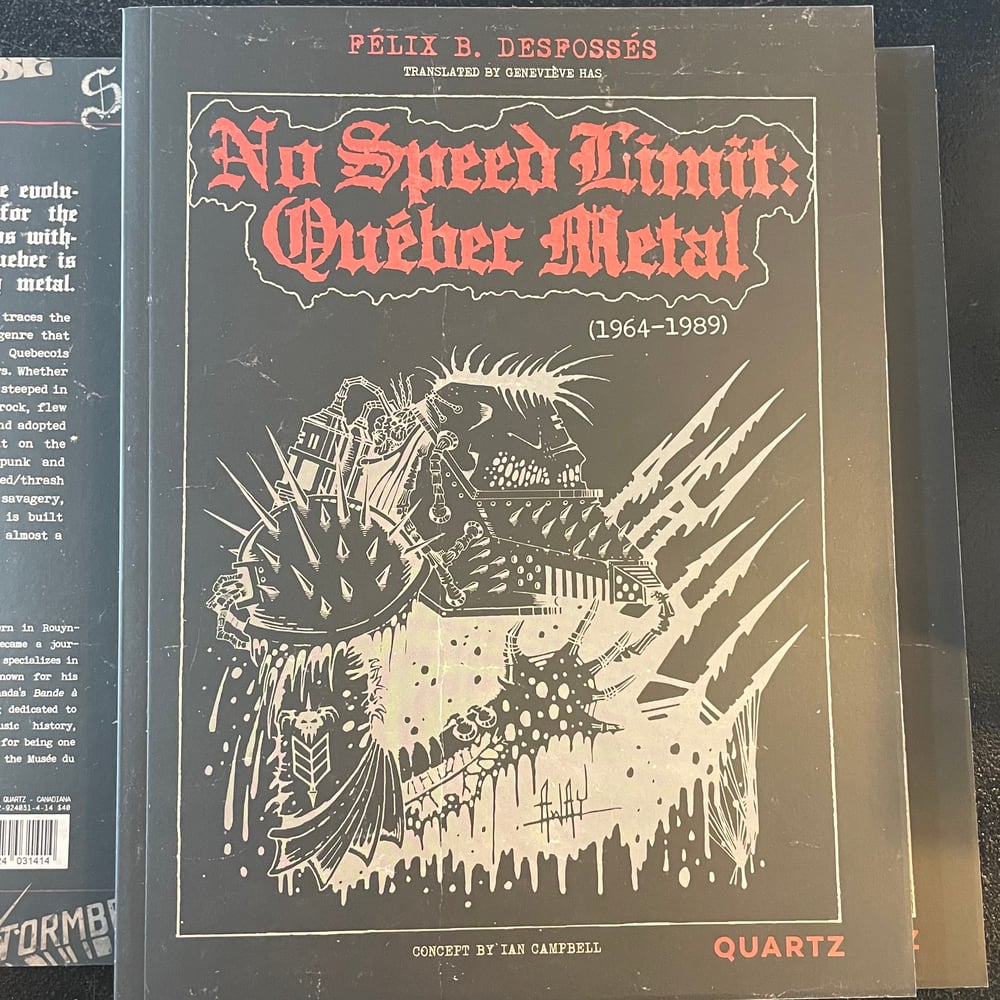 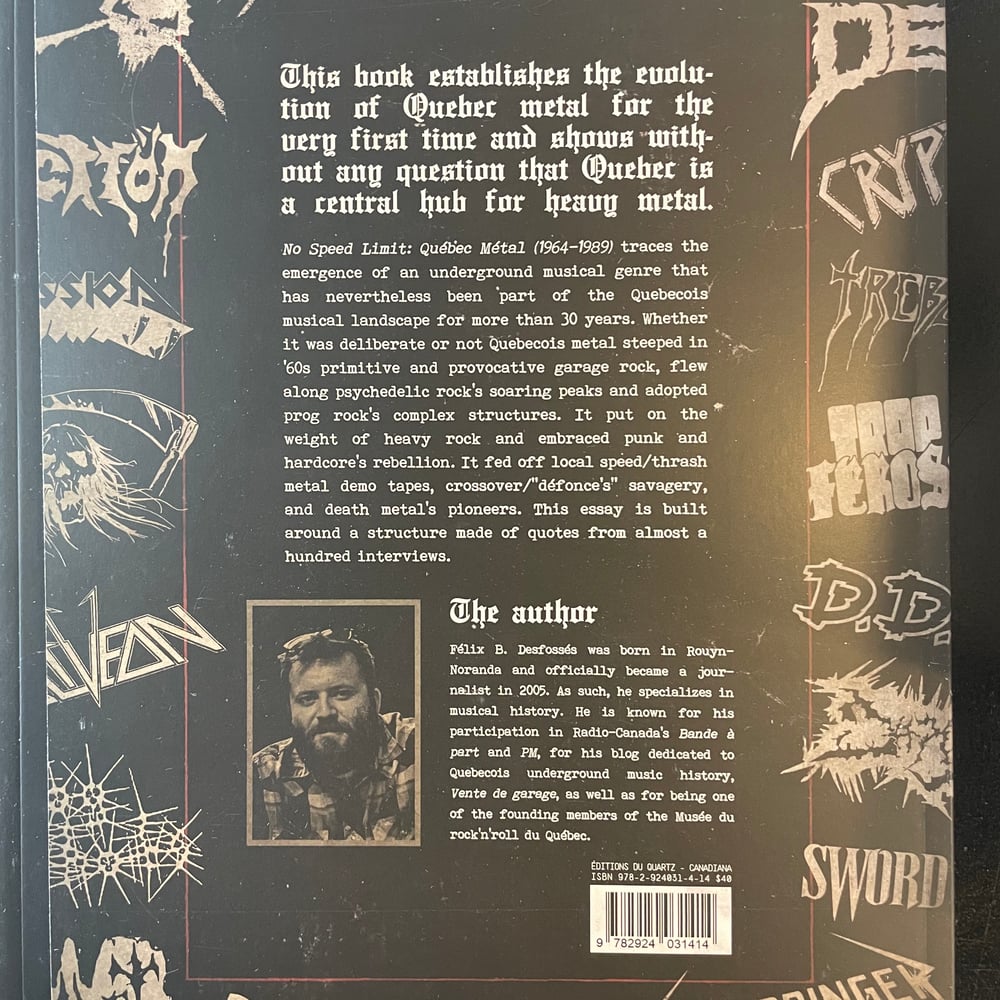 Awesome document of the Quebec underground metal scene with all the boxes checked! VOIVOD, DBC, SOOTHSAYER and more. Recommended!

“No Speed Limit: Québec Metal” Written by: Félix B. Desfossés, created by Ian Campbell, translated by Geneviève Has

No Speed Limit: Québec Métal (1969-1989) traces the emergence of an underground musical genre that has been part of the Quebecois musical landscape for more than 30 years. This essay is built around a structure made of quotes from almost a hundred interviews: From Voïvod to Obliveon, from Hou-Lops to Offenbach and Aut’Chose, from D.D.T., Sword and DBC and from Damnation to Gorguts. The French version of the book was originally released in 2014 and has been a huge success (around 3000 copies were sold!), on top of gaining lots of media exposure. This English edition, translated by Geneviève Hass and carefully revised by music journalist Ian Christe, as well as musicians Samuel Dufour and Rob Milley, has been anticipated for years.