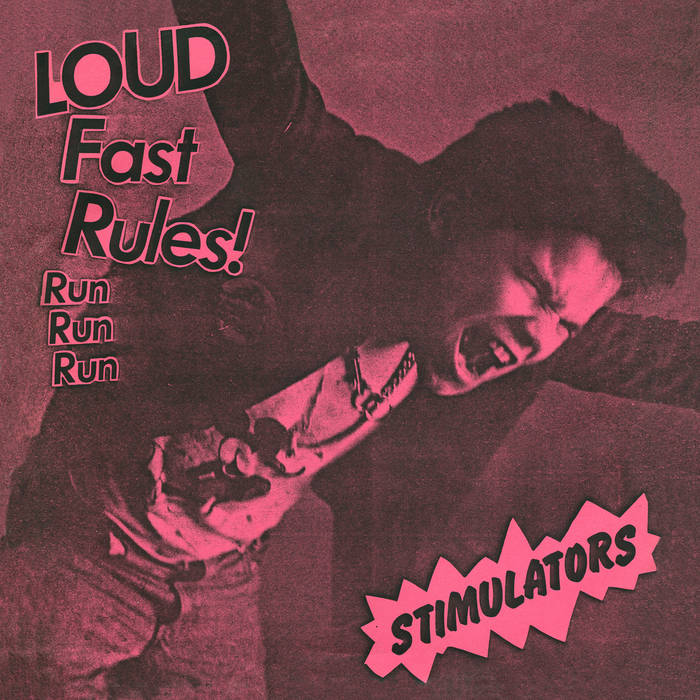 "THE STIMULATORS, whose original line-up featured two women (Denise Mercedes, Anne Gustavsson), a gay man (Patrick Mack), and a child (12-year-old Harley Flanagan), began to attract a cult following with young NYC music fans (including BIG TAKEOVER’s Jack Rabid) that were drawn to the band’s punk sound, especially since the original CBGB bands had distanced themselves from punk. In 1980 THE STIMULATORS recorded the LOUD Fast Rules! 45. The phrase “loud, fast, rules!” came from bassist Nick Marden (who like Flanagan, had been around rock music from his early childhood.) Marden wrote the LFR on the back of his motorcycle jacket and Denise used it as a song title. Frontier Records continues with its legendary original punk 45s reissues with this crucial 45-- while combing through the band’s archives, a never before released track – You Will Never Break My Heart—was discovered on a test pressing. We are proud to offer you the original single plus this track, a fold-up punk rock picture sleeve and colored vinyl at a great price. "