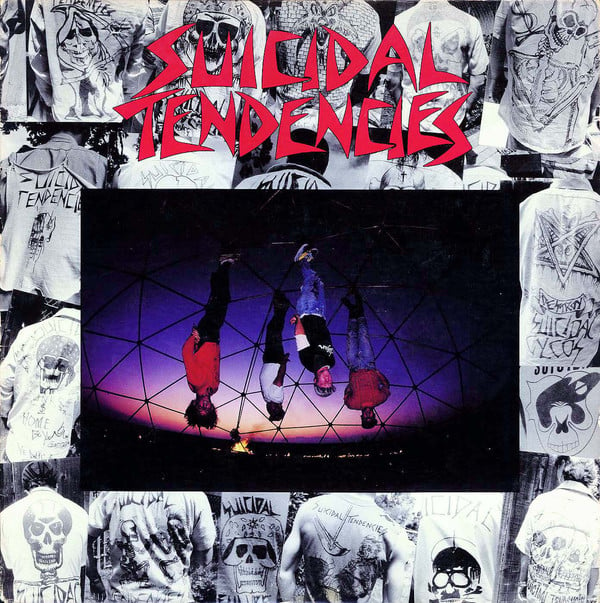 Mandatory Venice hardcore punk. Still sounds as good as when it first came out. A classic everyone should own.

Despite being over three decades old, their 1983 debut still dishes out more attitude than many of today’s hardcore equivalents. All 12 tracks stand out as landmarks in punk history, laced with humour, packed with aggression and, most importantly, a fearless approach to songwriting, straight from the street.
I Shot the Devil opens with the line “I shot Reagan”, a provocative declaration of disdain towards the American government. Elsewhere, the lyrics to Two Sided Politics read like an anthem for outcasts across the United States: “I’m not anti-society, society’s anti-me/ And I’m not anti-religion, religion is anti-me/And I’m not anti-tradition, tradition is anti-me/And I’m not anti-anything, I just wanna be free”.
Probably one of the most unexpected events in early 1980s American hardcore was when MTV began to regularly screen the music video for Institutionalized. This was the surprise ‘hit’ from their debut album and undoubtedly still their most widely recognised song. Perhaps this was because of the video itself, which light-heartedly focuses on Muir’s teenage years and his grievances growing up.
But more than likely it’s due to the fact Suicidal Tendencies know how to write a memorable song in various different styles. The band dip in and out of rapid-fire punk in Memories of Tomorrow, experiment with boot-stomping hardcore on Subliminal, test out a bit of shred-metal in the solo in Two Sided Politics, and even try some pop rock in I Saw Your Mommy.
Glen E. Friedman – who documented the 1980s punk, hip hop and skateboard scenes – managed the band for a short while. He not only shot their debut album photo, but produced the album too.

Their debut remains one of the most influential records in heavy music..

Tracklist
A1 Suicide's An Alternative / You'll Be Sorry
A2 Two Sided Politics
A3 I Shot The Devil
A4 Subliminal
A5 Won't Fall In Love Today
A6 Institutionalized
B1 Memories Of Tomorrow
B2 Possessed
B3 I Saw Your Mommy...
B4 Fascist Pig
B5 I Want More
B6 Suicidal Failure