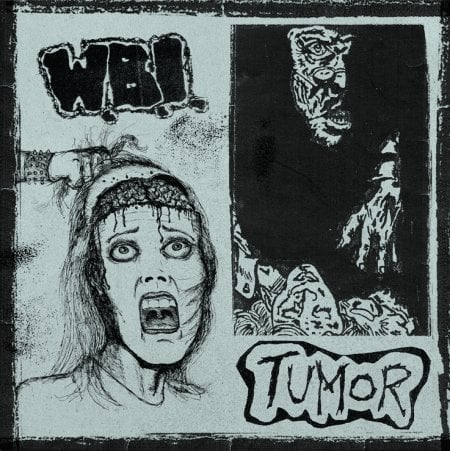 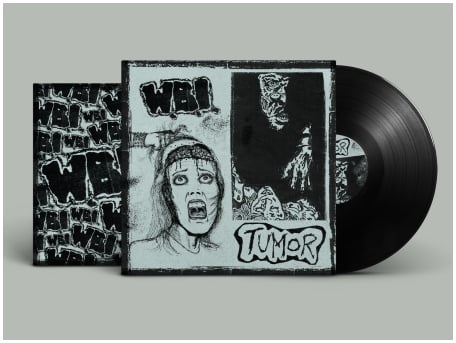 Germany's Noisecore legends together on one LP. Ear cleaning blasts of primitive noise!

The dream death-match you always wanted to see but never happened before… two of the craziest and most representative bands of the early 90’s German Noise inferno team up together on the ultimate split LP! 56 SONGS of cannibalistic Noise/Grind ear-torture from the classic era 1992-1994. Unreleased sessions from both bands: W.B.I.’s side is the very last recording with Norris on drums (1994) and as they explain: “Up to now it was just dubbed to few close friends” and TUMOR’s side is a lost & found rehearsal (1992) not even included in their monolithic 4xCD discography boxset. Short and crazily fast Noisecore orgy in the sickest Teutonic tradition, quoting Tumor: “An enema with nitroglycerine“!! 12 page booklet with rare photos and an extensive Tumor history written by the band.