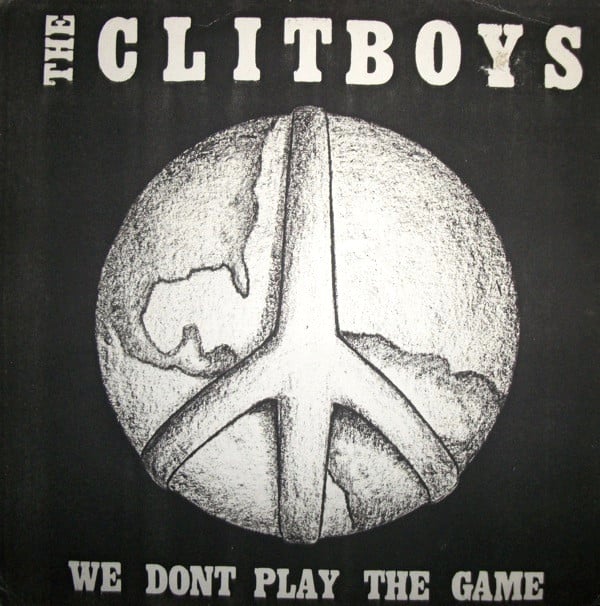 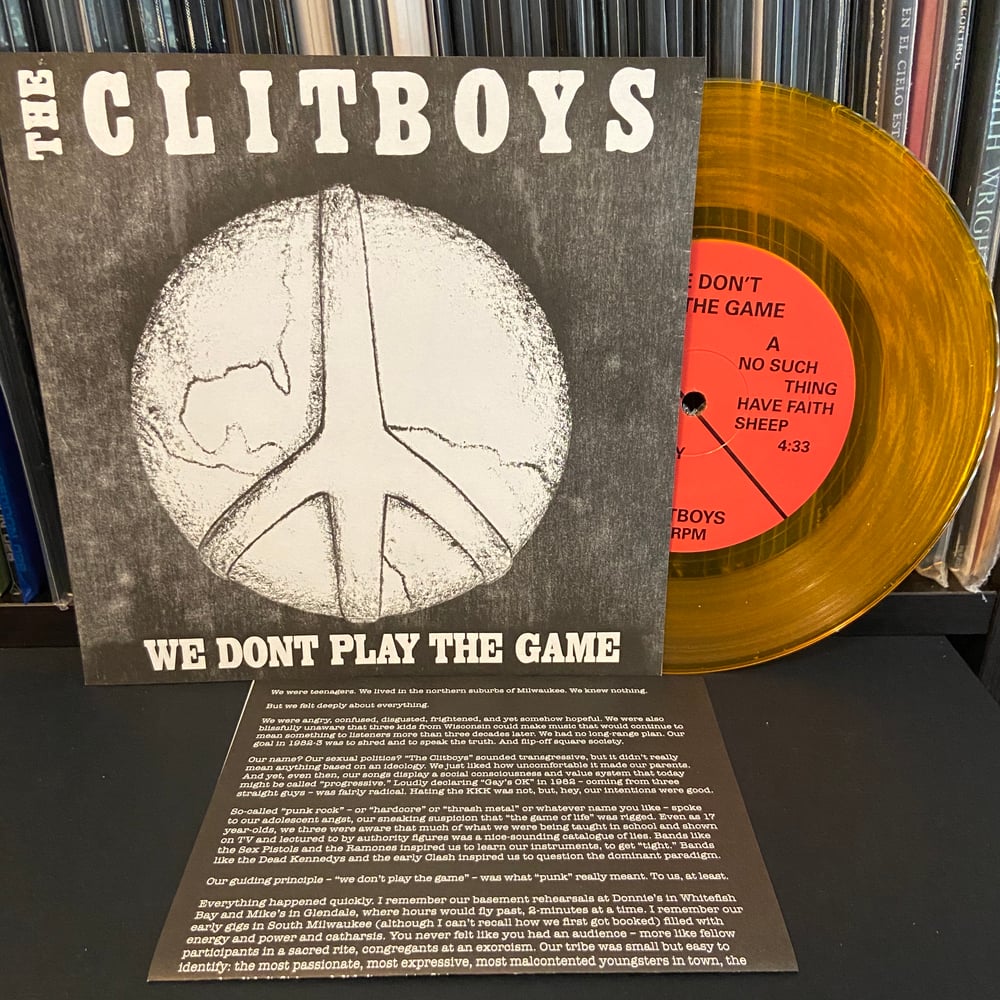 Out of print for over 33 years. the classic early 80’s hardcore/thrash 7” THE CLITBOYS, "We Don’t Play the Game" returns to vinyl. All seven original raging tracks have been restored, remastered and are better sounding then ever before. Not only does this reissue contain a gatefold cover complete with lyrics on the inside, but brand new liner notes by the bass player as well.

THE CLITBOYS were not only one of the original early 80’s hardcore/thrash bands, they also choose to take a route no other hardcore bands had yet to tread, being one of the first hardcore bands to be openly anti-homophobic. Not only were they way ahead of their time, they also put themselves at personal risk by taking such a stance in 1982. THE CLITBOYS definitely paved the way for the many homocore bands that would come along much later on.

The original 7” was released in 1983 in very limited quantities. Over the years it has become very sought after with the original copies running hundreds of dollars IF you were lucky enough to find one!