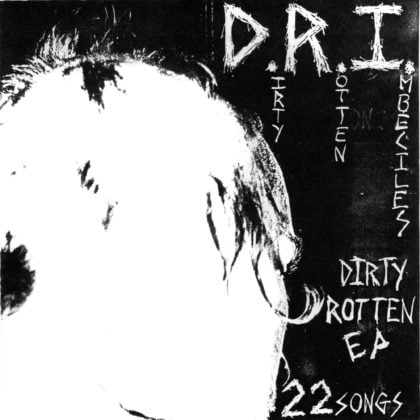 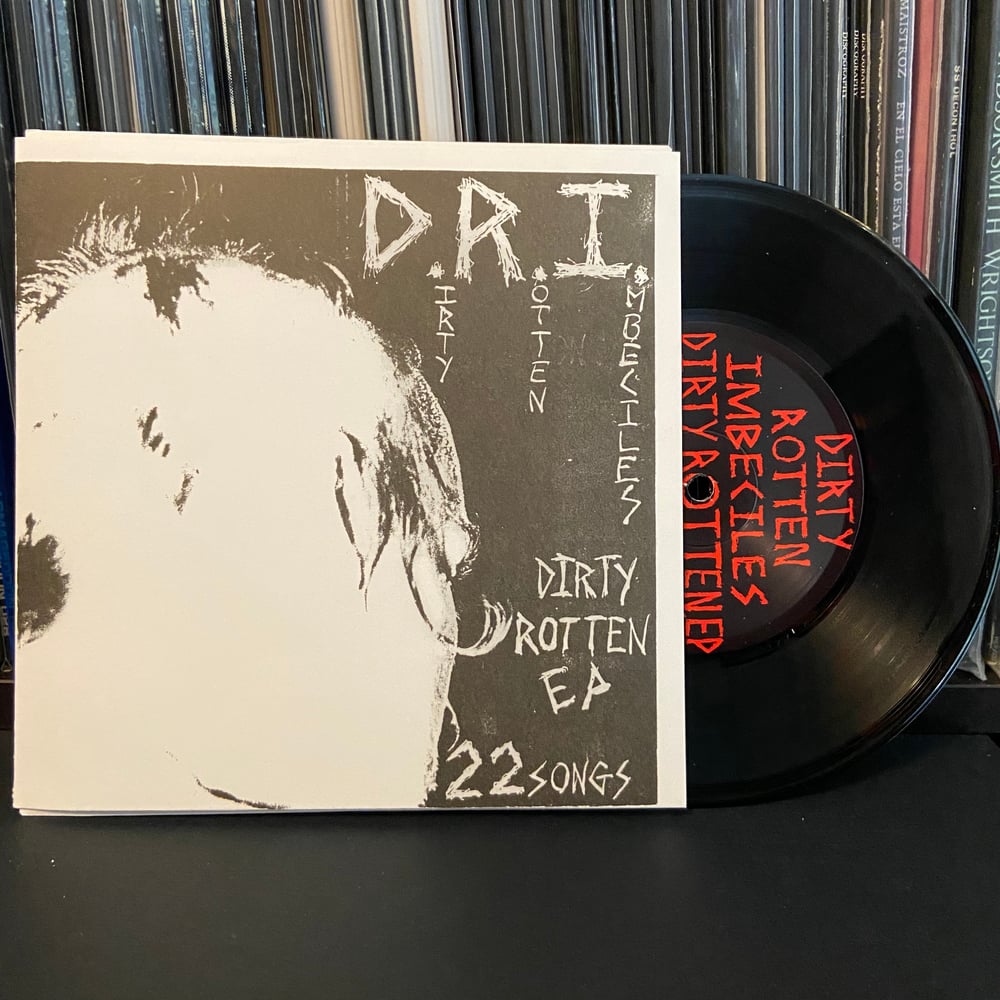 22 tracks of furious hardcore/thrash on a 7" record. Still an essential US hardcore classic.

What do you do when you are stuck in Texas and just starting to listen to this new music called hardcore? If your the guys in D.R. I. you form a band, practice ever night. Annoy the hell out of your dad the ‘Mad Man’, and play the fastest most intense hardcore songs ever! Then with your 7″ in hand you head out to California to live in SF in an old brewery known as ‘The Vats!’ and the adventure just gets started!
Thus the band that would become a thrash/metal legend had put out their first legendary influential record. Not only would this be their first record , but it would go down as being the fastest record ever made (at the time). Would influence 1000’s of bands and people to this day. D.R.I. changed what would be defined as hardcore and would go down in history books for introducing their brand of hardcore played at a new never before played speed!

Now after practically 27 years of this being out of print it is once again available in its original format! You get all 22 songs on one piece of 7″ vinyl. Once again you can hear the raw , fast music in its original mix and master the way it first was and was meant to be.