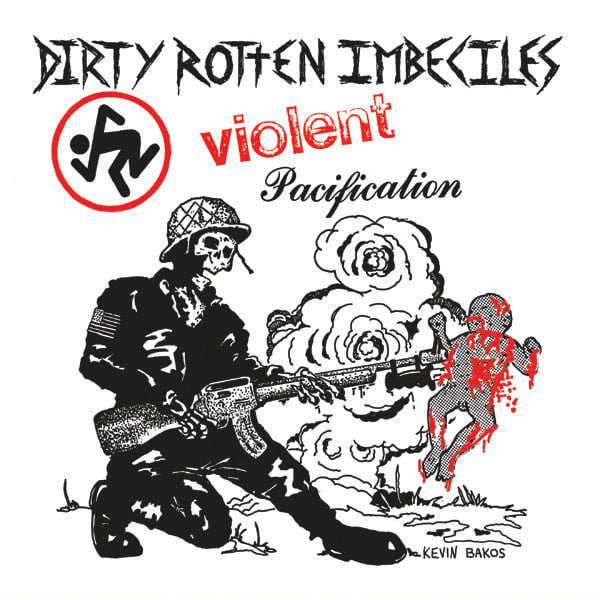 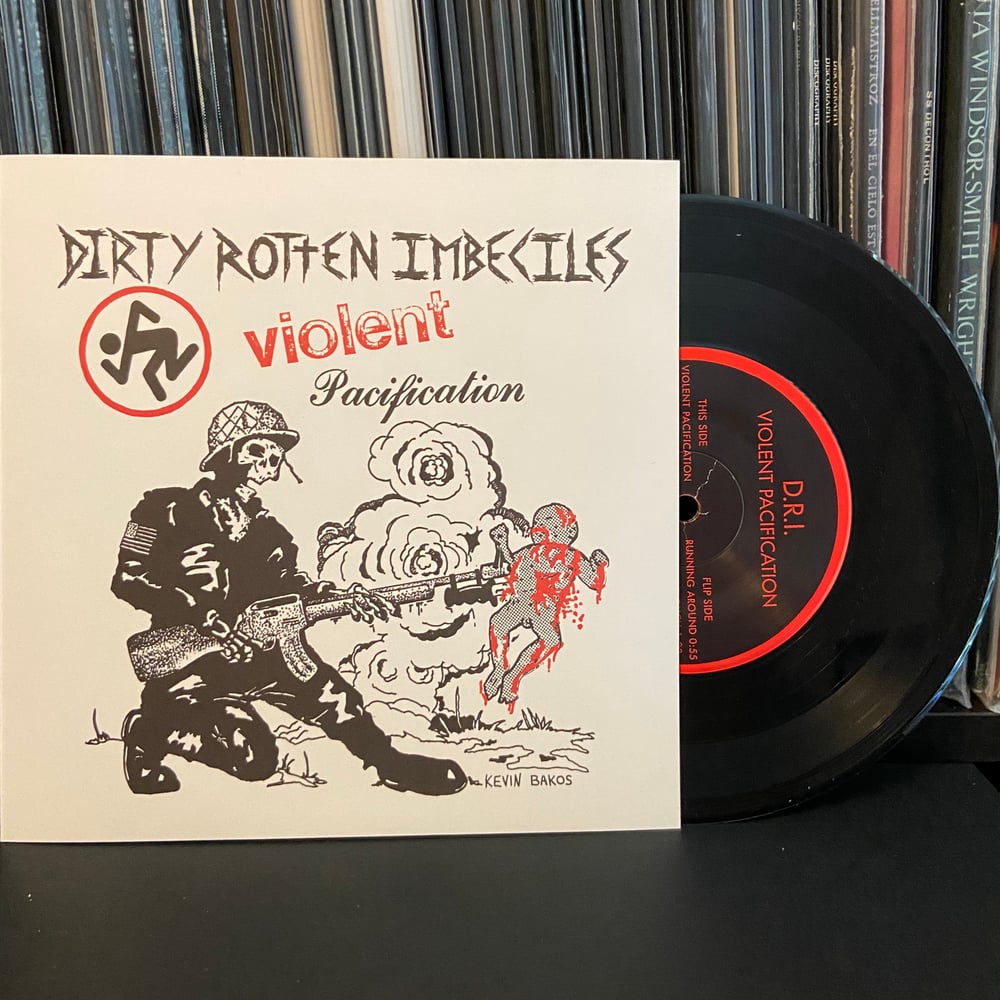 4 track EP leading off with a certified slow to midpaced classic "Violent Pacification". Still an essential US hardcore classic.

Its 1984. D.R.I. had just gotten back from the ‘Rock Against Reagan’ US tour were they opened up for ‘M.D.C.’ and ‘The Dead Kennedy’s ‘. While the tour was well attended the pay was terrible if not next to nothing. D.R.I. returned home tired, cold and broke. Most bands would have thrown in the towel. Not D.R.I. They continued to live in their van, eat once a day at soup kitchens, practice non stop, write fast intense songs and play any and all shows offered to them! Once they perfected their new songs they went in and recorded the ‘Violent Pacification’ 7″. Which would be D.R.I.’s next release and done in conjunction with M.D.C.’s label R Radical Records!

The new 7″ contained 4 brand new songs just as fast and furious as their previous release , but at the same time more complex. The band was getting even better. Not only did these new songs pack a punch large enough to kick a full mouth of teeth in , but the new songs contained some new elements. This would be the first hint of D.R.I. turning things up even more and of what would come on their next full length!

With a new ‘Violent Pacification’ out D.R.I. did a full US tour were they wreaked havoc on cities all across the US. When the tour was finally done they returned home ready to start work on their next full length. Some major significant changes were about to happen to D.R.I. and little did they know the enormous impact these changes and that full length were going to have on the world!

Now after being out of print for 26 years comes this reissue of ‘Violent Pacification ‘ in its original 7″ format. Once again you are able to experience this fast paced heart pounding hardcore masterpiece the way it was first presented and meant to be heard!