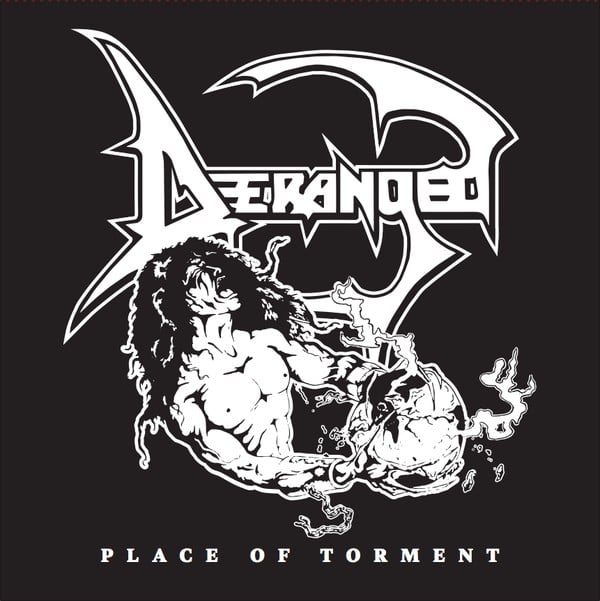 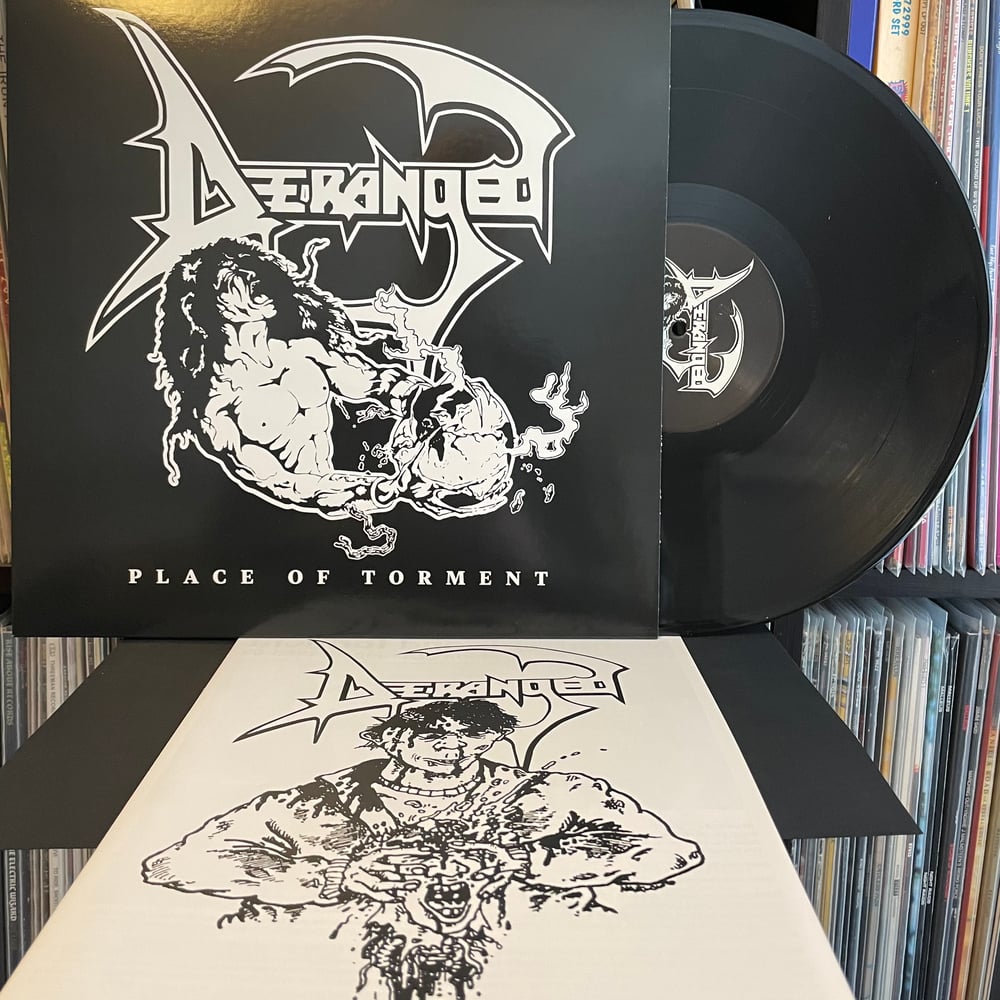 Beautifully done reissue of the 1989 demo remixed by Kurt Ballou, this thing is mean and rips!!

"There is a million bands named Deranged. This one was from Western Canada and only released 2 demos in the late eighties before calling it a day. This is a reissue of the second tape from 1989, a 4-song affair of brutal but tight thrash bordering on death metal. Think Sadus, Morbid Saint, Merciless, or Massacra: don't expect fun mosh parts or lyrics about pizza and beer. This goes straight for the throat and doesn't loosen its grip for the next 18 minutes. Another splendid reissue, including a cool booklet featuring band interview, photos, artwork." - Luc / Bombardment

After the first wave of extreme metal in Victoria, BC, Deranged unexpectedly emerged and literally cleared the playing field. Taking their influences directly from the tape trading underground, their openness towards new and extreme sub-genres led to a potent hybrid of death/thrash metal. Their second demo “Place Of Torment” heralded massive progression and rave reviews; it is that which we focus on. All four songs were transferred from original 16 track analogue masters at the legendary Fiasco Bros studio, remixed by critically acclaimed engineer Kurt Ballou at GodCity, mastered by Audu Obaje at WE2, and finally cut at 45 rpm for highest fidelity. This flawless masterpiece stands tall next to any worldwide contemporary and would have been huge had they received a record deal in the 80s. Includes a generous 16 page booklet with interview, flyers, art, photographs & lyrics. Ferocious Canadian death / thrash metal. 500 copies.