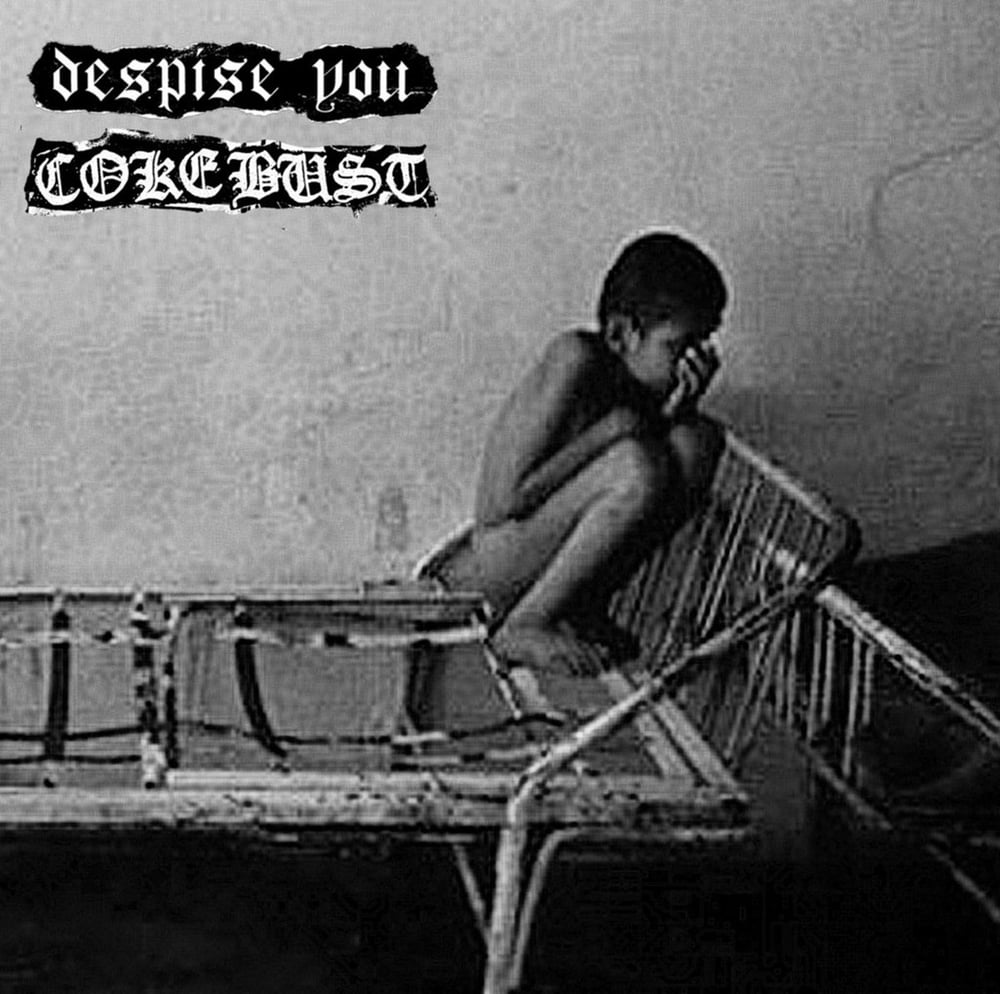 Friends from California and Washington DC share a 7" slab, fast relentless hardcore from both, call it powerviolence if you want, but it's pissed hardcore!

"TLAL started more than ten years ago with a split 7" consisting of an old West Coast powerviolence band whose first release dated back to 1995 and a newer generation band who had been directly influenced by the other one. Fast forward ten years and we are here presenting you with a split of a similar nature and just as much aggression and ferocity. To Live A Lie humbly presents a split between one of the most important and continually relevant powerviolence bands today, DESPISE YOU, and DC's furious straight-edge blast-laiden hardcore punk outfit, COKE BUST. It is an honor to put two of my favorite bands on a slab of vinyl together" - Will Butler