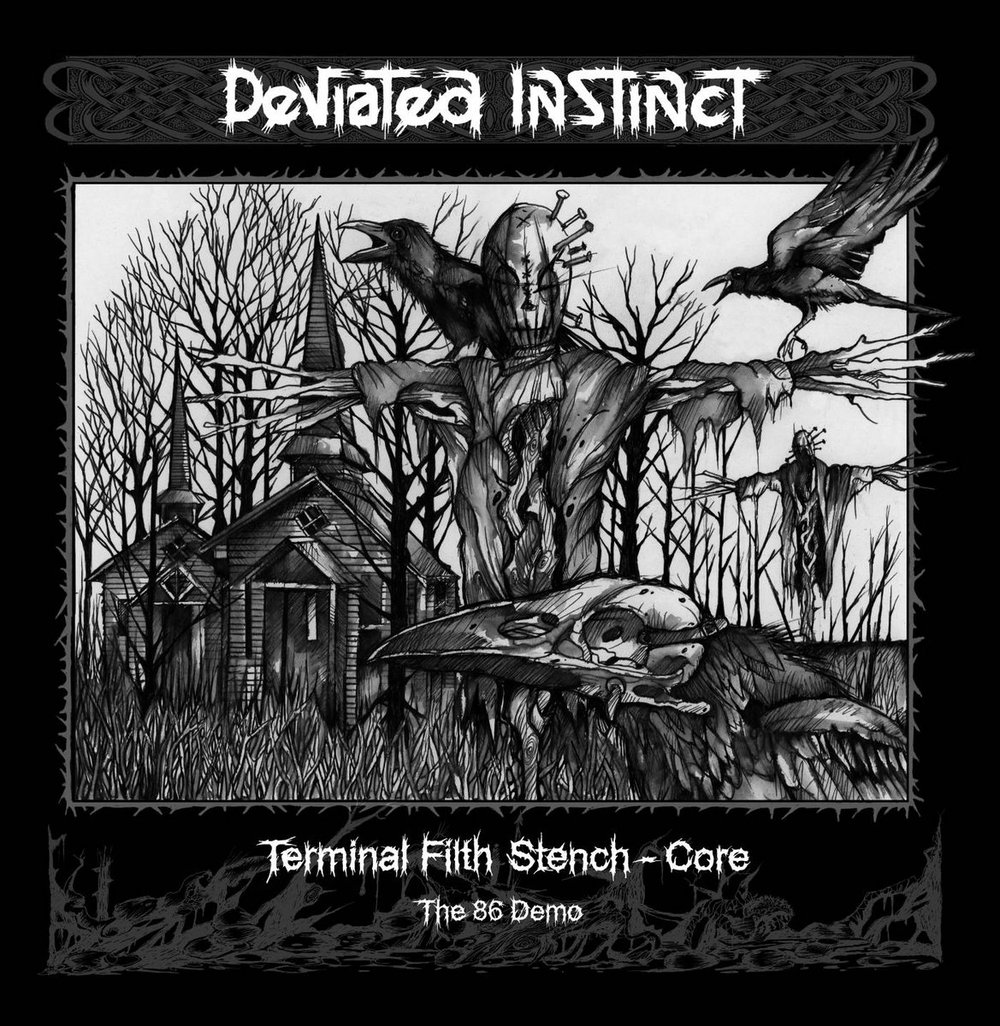 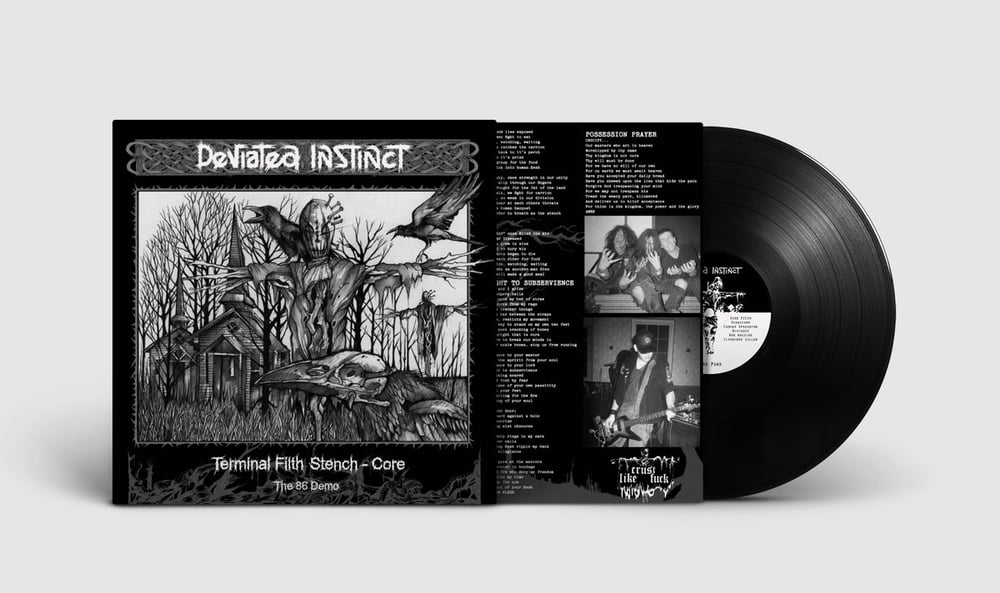 This classic demo has been fully restored and given the deluxe treatment. Awesome document from the true classic era of UK crust and stench core.

In 1986 Deviated Instinct entered into their first proper studio (even though it was still just an 8-track in someone's spare bedroom) to record their second demo. Driven by an Antisect and Amebix obsession, plus the fledgling thrash and death metal scenes filtering into their anarcho punk background, these 10 songs were recorded in one frantic day. A darker, more metallic sound was developing, yet undeniably still staying true to their punk roots. Terminal Filth Stench-Core was born.
Armed with a master tape they hastily set about duplicating as many as they could on trusty double tape decks. With bundles of flyers sent out through the mail they were surprised when orders started arriving from all over the world. Through mail order, bags of cassettes sold at gigs, and then being added and swapped through the burgeoning global tape trading scene, hundreds of copies were soon in circulation.

36 years later, Terminal Filth, in partnership with our good friends from Agipunk in Italy, are finally making this classic available on vinyl in its entirety for the first time with new artwork from Mid and remastered by Bri Doom.