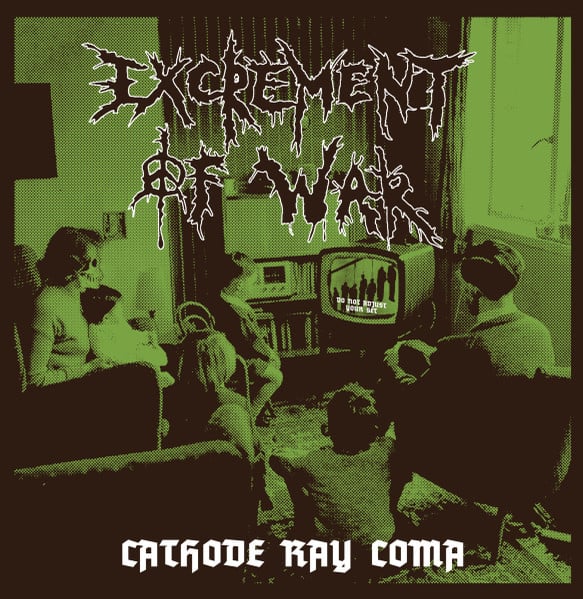 First released by the great Finn Records way back in 1994, this
release has somehow eluded being released on vinyl until 2020 when
Phobia Records gave it the proper treatment. Coming out of the 1980s
crust scene, Excrement of War featured former members of Doom, Genital Deformities, Indecent Assault, and the infamous Hackney Hell Crew act Screamer. An excellent release all around, and one that should appeal to the early 1990s British hardcore/crust sound, Swedish hardcore, and raw hardcore punk.

A1 No Faith.. (Instro)
A2 Exist Enslaved
A3 Agony
A4 Progress Regress
A5 Cathode Ray Coma
A6 Extensive Slaughter
A7 Insecurity
B1 No Return
B2 Shit Society
B3 Media
B4 Cruel System
B5 Just One Bomb
B6 4000 Hiroshimas
B7 The Ultimate End