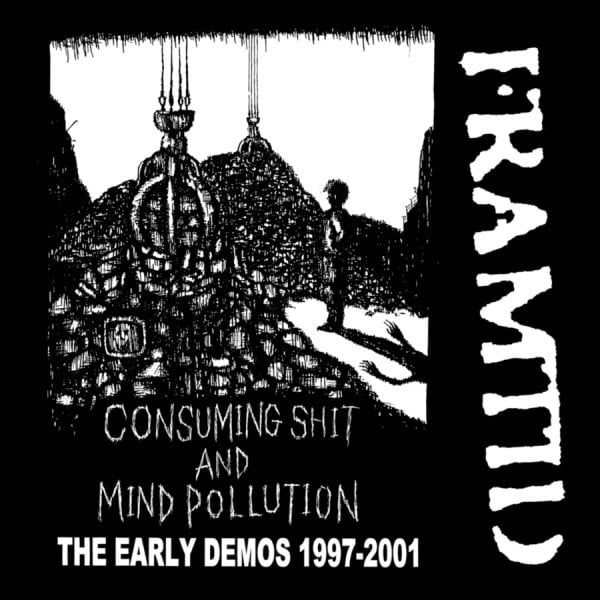 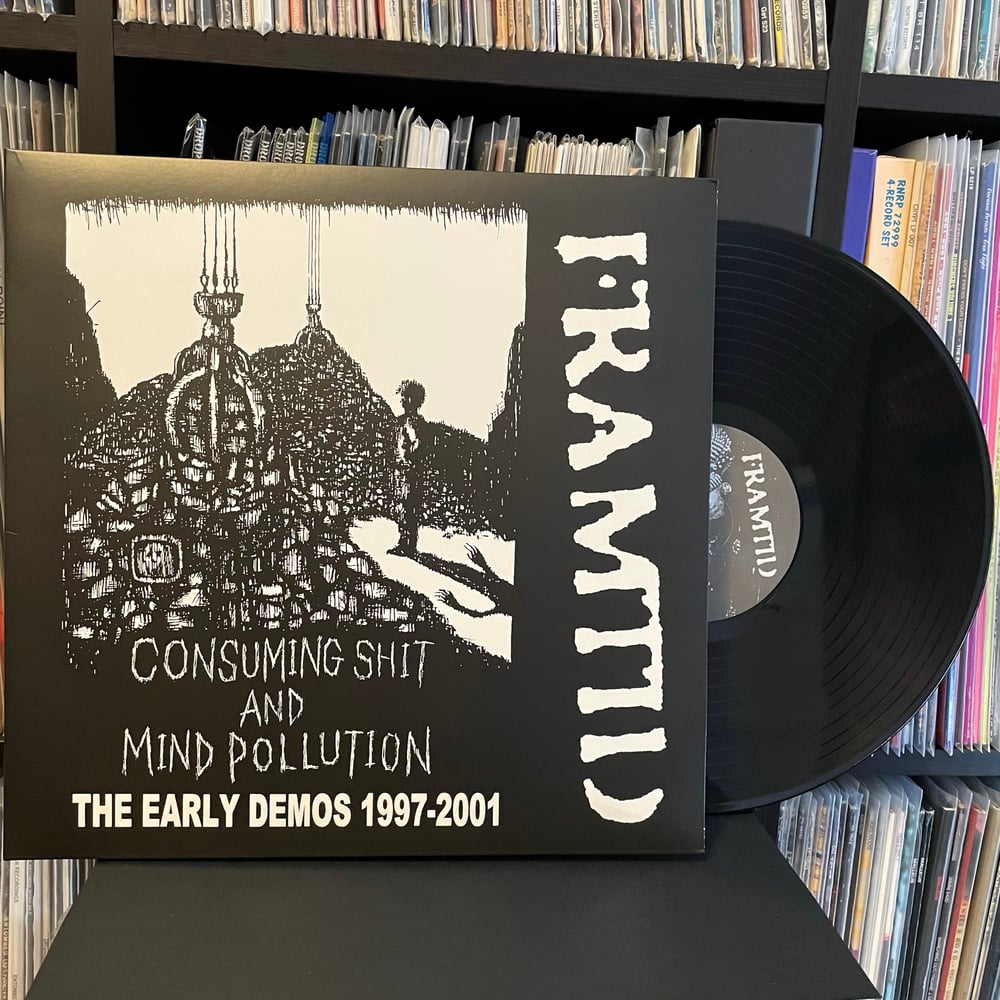 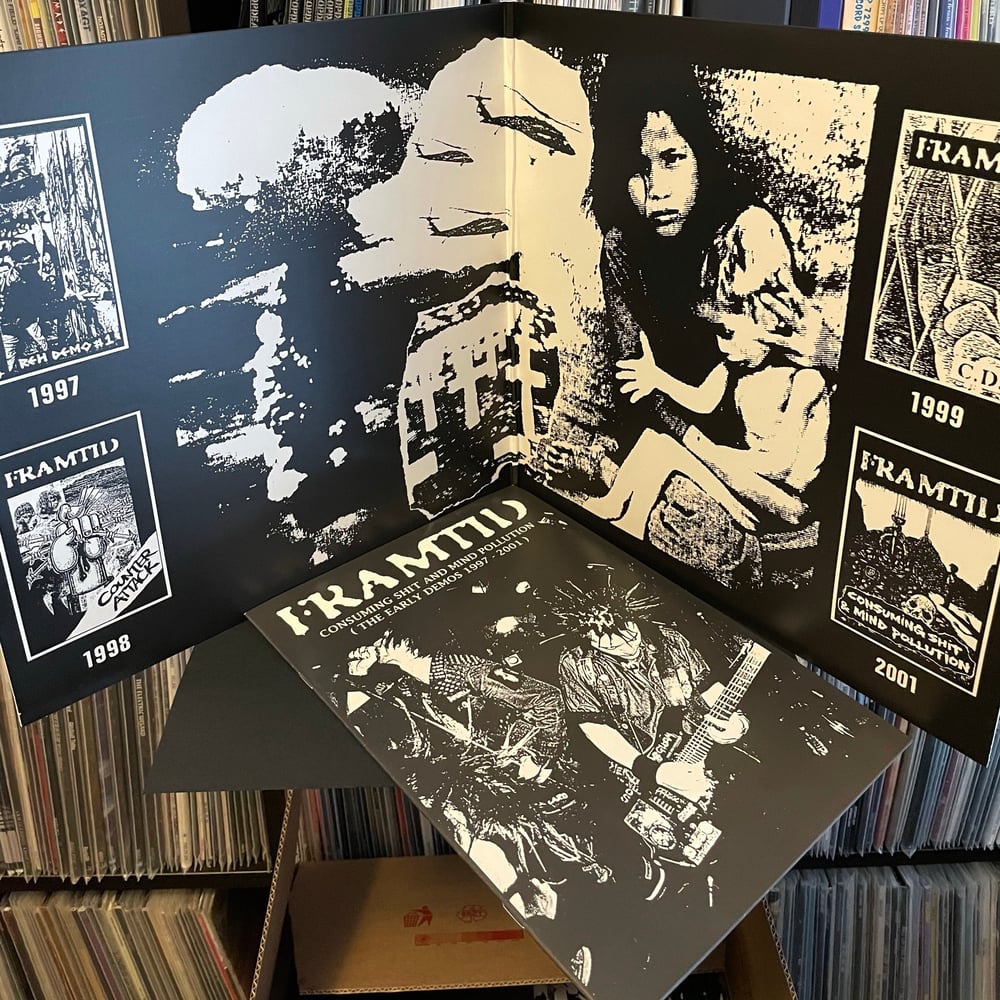 “FRAMTID plays ripping d-beat raw punk, and they will never change. At the same time as their new album is released, the first in over a decade, Crust War Records presents a vinyl collection of their four early demo cassettes. Most remarkable is how consistent Framtid’s vision has been, since first set down on a rehearsal tape in 1997. There is no chaff, nothing extraneous: just short, sharp bursts of feedback, noise, distortion, pummeling drums, and memorable råpunk riffs. This LP’s release accompanied their first visit to the United States, some years after border authorities had halted a previously planned one. What many suspected then became clear in 2013: Framtid is the most powerful live hardcore band on the planet, playing with ferocity unmatched by their peers (particularly drummer TAKAYAMA, who it seems barely survives the all-out effort he gives). After first seeing them in Japan a friend remarked to me that the sensory experience was like living through trench warfare. Perhaps outsiders will never grasp how fans of a deeply anti-war outfit, whose lyrics barely stray from that single message, can crave such an experience. But for the initiated, it makes perfect sense. At last, the initiated legion (and others!) can easily obtain the band’s crucial cassettes. The versions on this record, none ever before on vinyl, also include some songs that appear nowhere else. The band’s third demo, in particular, was produced in a micro-edition. This LP’s packaging is lavish, with a gatefold cover and a booklet of extremely difficult-to-find flyers, photos, and other material.”—Stuart Schrader