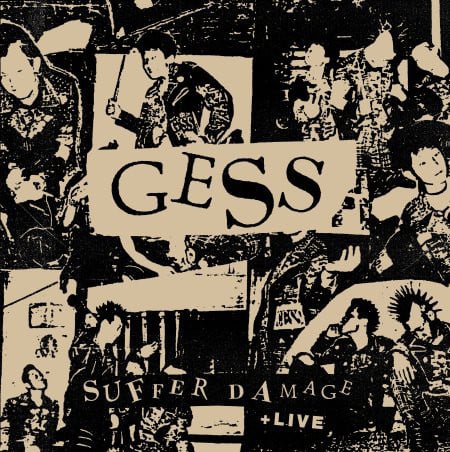 Black vinyl ltd to 300 copies. Includes A3 sized insert with liner notes and rare photos/flyers. A total must have if you like the earsplitting approach of bands like CONFUSE, GAI, The SWANKYS in their earlier stage, NO-CUT, CURSE and the countless imitators of that sound that came with the following generations.

Back to the ’80s… Kyūshū fuzz-core terror!! Originally formed in 1983 in Sasebo City, Nagasaki Prefecture, these Noise/Punk maniacs quickly moved to Hakata to join the ultra violent scene of pioneering legends like GAI, CONFUSE, NO-CUT, SIEG HEIL and many more, performing at the cult “Control gigs” hosted by the Violent Party Crew.
Brutal chaotic distortion on a wall of lo-fi filth Punk! The classic “Suffer damage” Demo 1984 for the first time on vinyl mastered from an original tape and sounding better than ever, side B “Live at Matchbox, Hakata 1984 ” from the same noisy era. Extra CD with 2 x complete “Violent Party” live sets recorded in Nishijin Jaja in 1985 showing their progression from total Noisecore to that ’77 style Punk that later drove them to form LYDIA CATS!!