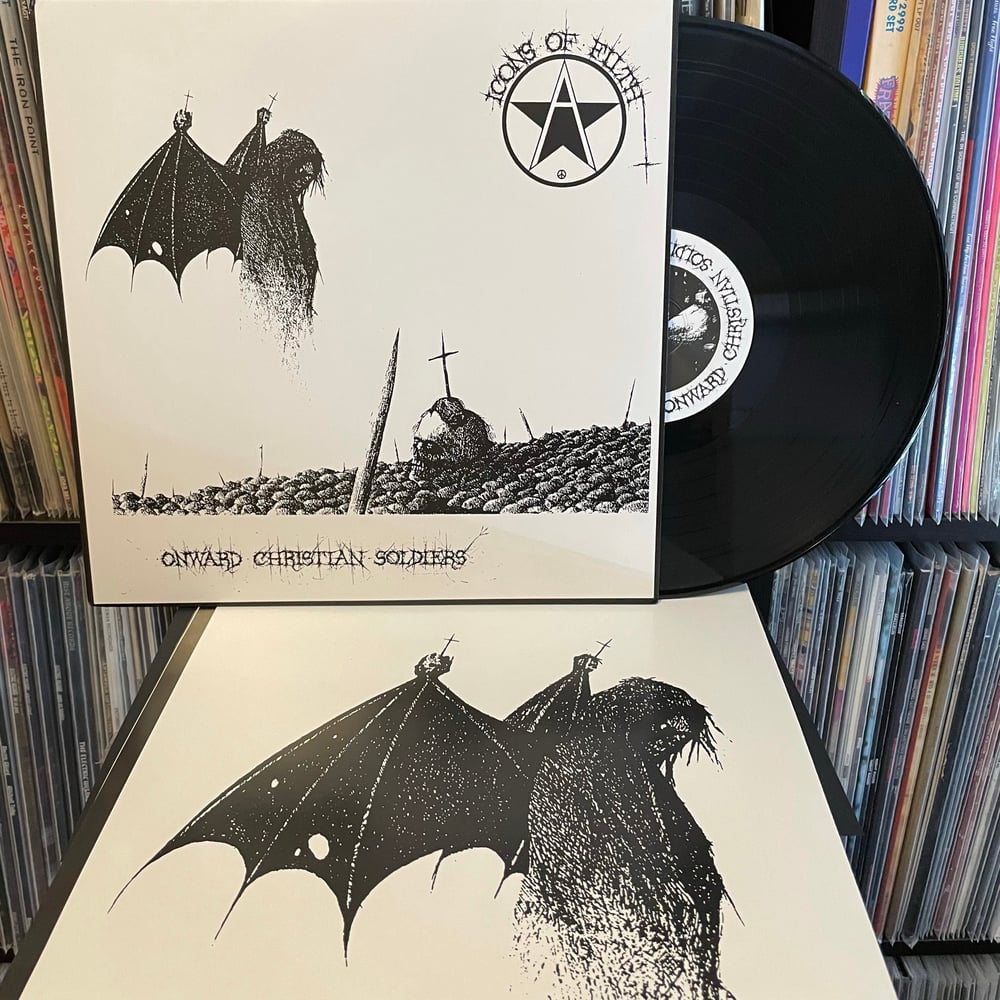 Huge influence on Dropdead. Awesome reissue with poster and insert. Now with gatefold sleeve like the original!

UK Anarcho-Punk classic from 1984. "Onward Christian Soldiers" by Icons Of Filth is a fiery slice of fierce punk/hardcore with lyrics dealing with a need for individual responsibility, action and positive change. Considered one of the defining and most popular albums to be released from the early-mid 80s UK punk scene.

Tracklist
Why So Limited?
Mentally Murdered
They've Taken Everything
Fucked Up State
Present & History
Dividing Line
Now We're Getting Warmer
Sod The Children
Show Us You Care
Death Is The Only Release
Fool Britannia (A Song For Europe)
One Second To Midnight
Midnight
Onward Christian Soldiers
Self-Styled Superiority
Power For Power