MAN IS THE BASTARD "Thoughtless" LP 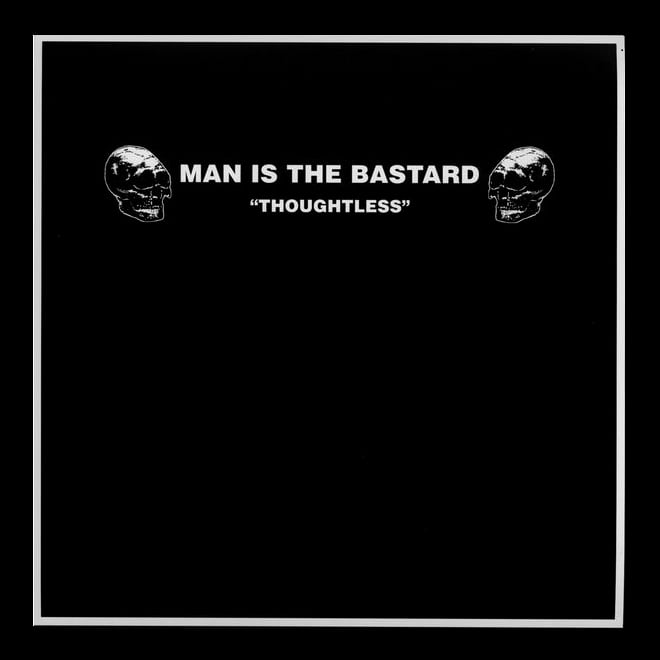 MAN IS THE BASTARD "Thoughtless" LP

A destructive showing by MITB on this release with the addition of Andrew Beattie from NO COMMENT on vocal duty, along with Eric and Kenyon. A truly mandatory slab of unique and powerful heavy mind destruction. Classic.

Gravity is very happy to announce the remastered re-issue of the long out of print LP originally recorded in 1995.
The quintessential powerviolence pioneers and originators, who have been cemented into cult status since their break up in 1997.
Their sound was a brutal mix of complicated technical riffing and straight-up hardcore made by dual basses, noise boxes, and hardcore/prog drum beats.