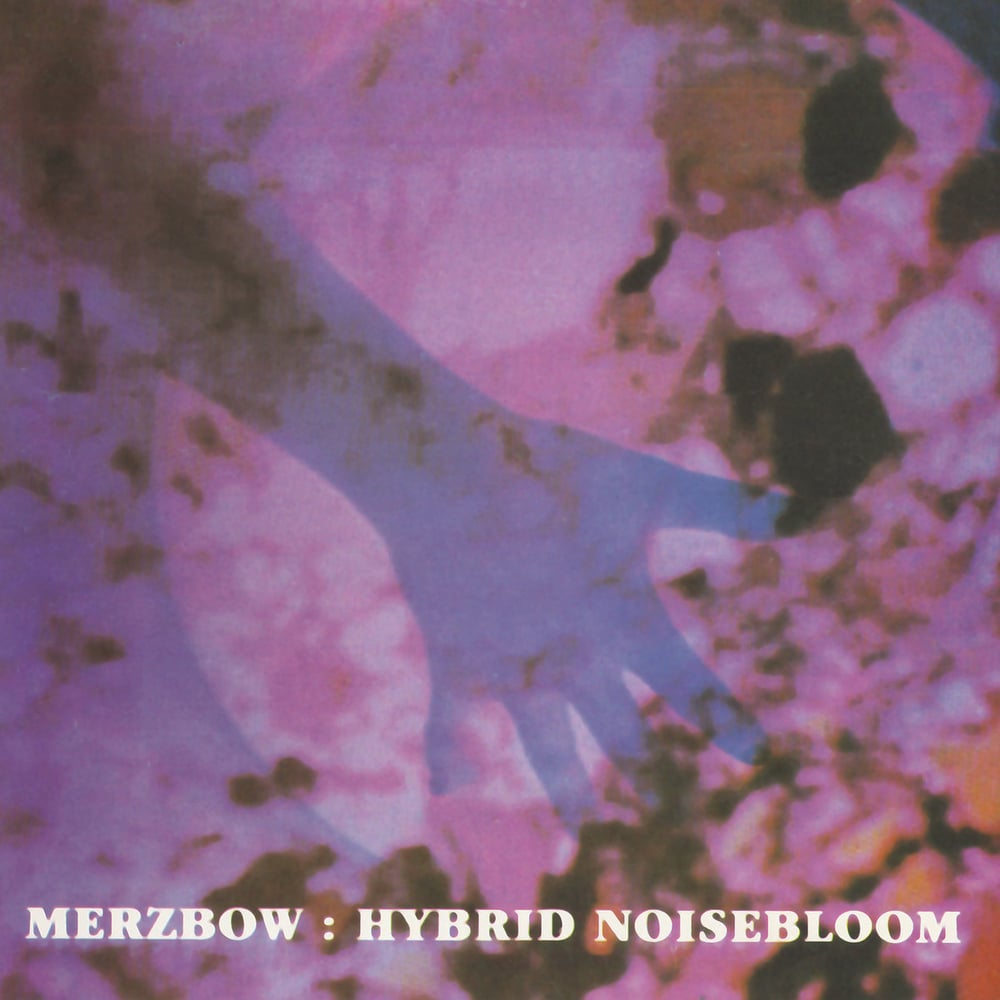 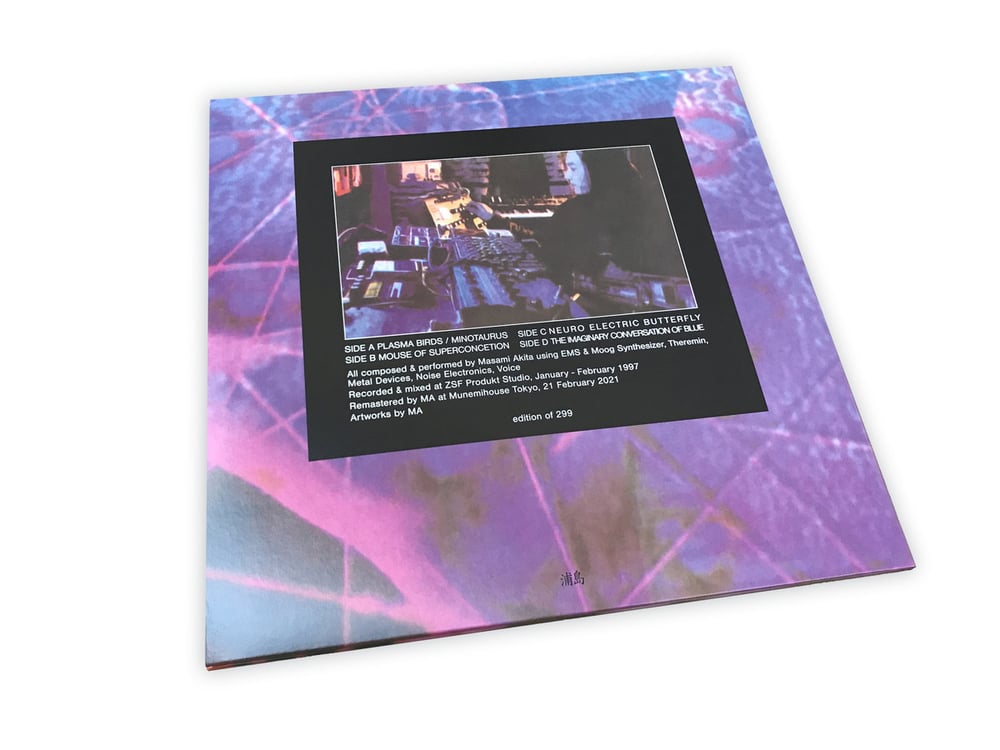 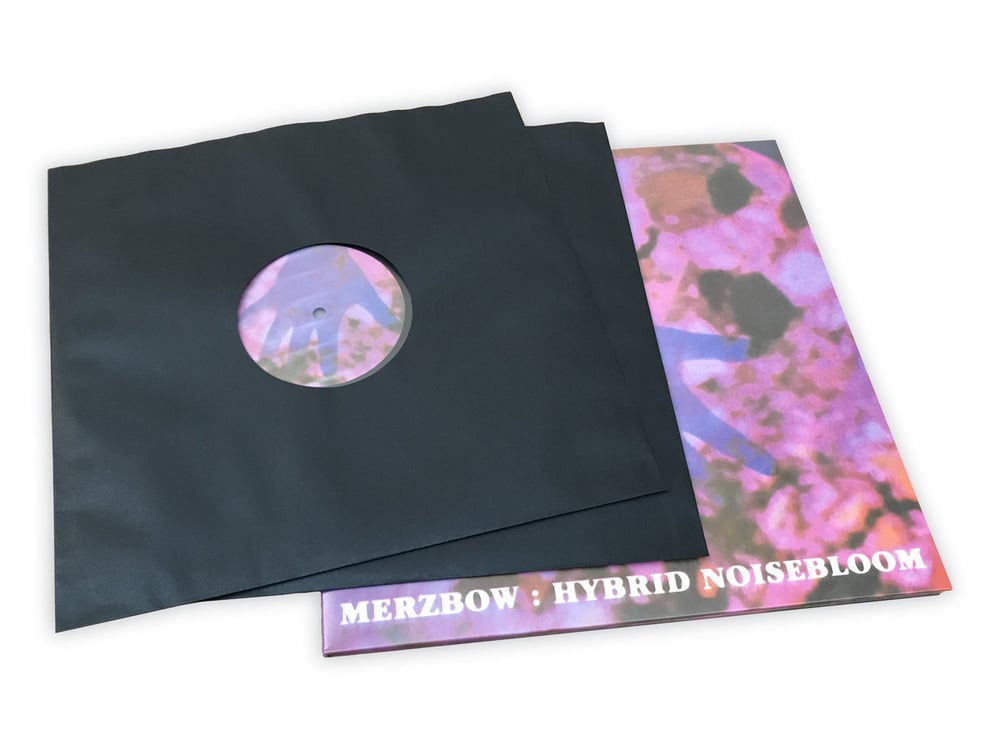 Despite its undeniable intensity, Hybrid Noisebloom is arguably one of Merzbow’s most accessible and engaging releases. Noise at its best - sophisticated and refined, more than twenty-five years after it first appeared, this album is long overdue for a return to the world, retaining every bit of potency and power as the day it was laid to tape. Never before available on vinyl, Urashima’s beautiful pressing is issued as a deluxe double vinyl LP edition, limited to 299 copies. Needless to say, we can’t possibly recommend it enough.

Merzbow stands as the most important artist in noise music. The moniker of Japanese artist Masami Akita was born in Tokyo in 1979. Inspired by dadaism and surrealism, Akita took the name for his project from German artist Kurt Schwitters's pre-war architectural assemblage The Cathedral of Erotic Misery or Merzbau. Working in his home, he quickly gained notoriety as a purveyor of a musical genre composed solely of pure, unadulterated noise. Embracing technology and the machine, first in an absolutely analog way and then welcoming digital innovation, Merzbow broke boundaries and pushed toward new territories of the extreme, arriving at a sonic space of uncontaminated, straight noise that, from its base in Tokyo, has continued, now for over 40 years, to set the pace for the entire genre of noise.
When it comes to Japanese noise, few projects have pushed boundaries or risen to a more iconic status than Merzbow. Hybrid Noisebloom, originally issued by Vinyl Communications on CD in 1997, is the latest in this trilling bread crumb trail. It is also the first time that this seminal document from Merzbow’s '90s period has ever appeared on vinyl.
Composed and performed on EMS and Moog Synthesizers, Theremin, Metal Devices, Noise Electronics, and Voice, all recorded at extreme volumes, Hybrid Noisebloom’s five tracks present a fascinating sonic assault, heavily driven by the presence of electronic sounds, played against the sparse interjections of Akita’s heavily processed vocals, that push toward new territories of the extreme, while subtly nodding toward historical gestures from the early years of the avant-garde.
A side opens with Plasma Birds comprising a series of banner that investigate timbral relationships, the fragmentation of melody, and abrasive, provocative noise - shifting from the sparse, airy, and restrained, to dance clusters of interplay and back again. Follows enclosed in just over ten minutes, Minotaurus, finding a strange middle ground between the intuitive logics of their instruments; synth and electronics taking on decidedly percussive approaches, while metal device’s fractured polyrhythms and beats often veer toward the presence of a notable tonality. B side is filled with a single long track, Mouse Of Superconcetion, formed by screeches and from swinging and chugging to stepped back and sparse combinations of rhythm and tone - moving from the lingering sensibilities of straight-ahead synth to radically out hard blow fire. Launching from a total wall of sound, C side track Neuro Electric Butterfly takes the listening on an endlessly surprising journey through its devices’ inner world, shifting between airy open passages that feature endless combinations of one or more effects, to furious moments of sonorous lashings where the sound falls in together in brilliant dialogical periods of conversant texture and psychedelic intervention. Closes The Imaginary Coversation Of Blue embedding bristling fragments, percolating tones, and poignant dissonances within a sweeping field of echoes rumbles and drones, taking sonic abstraction to startling heights.